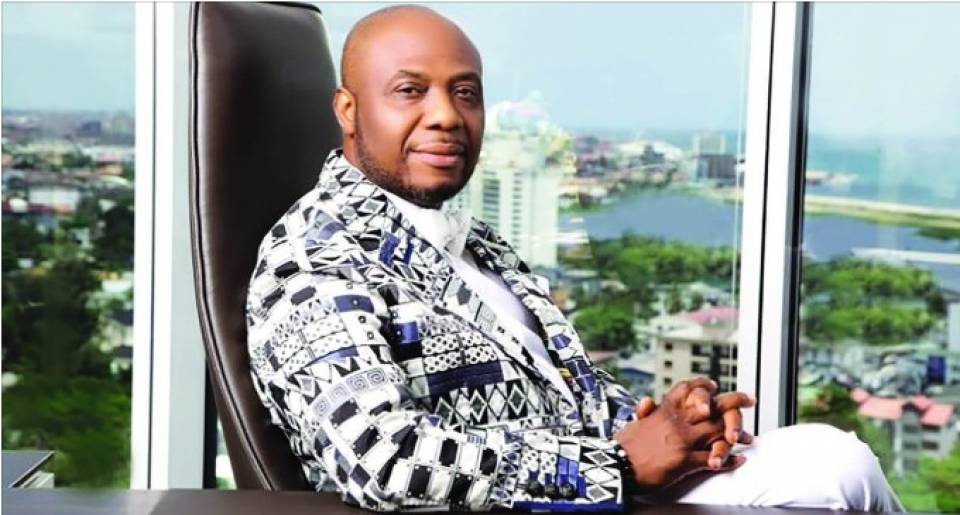 The man, Dr Ernest Azudialu-Obiejesi, is a man who has fully committed himself to the role of using his personal resources; wealth and energy to ensure that everywhere, the common people of his world get their due from life, even working tremendously in transforming an otherwise sleepy town; Okija of Anambra State into the destination of choice in Nigeria.

Like the popular saying that the heroes of an epoch are often recognized as its clear-sighted ones; their deeds and their words are the best of their time. They are men like Ernest Azudialu, who has completely submitted himself to be used as a catalyst for the total transformation of his people. Azudialu, unlike the typical billionaire, scorns hauteur and pomp, in order to expose himself to the misery of the underclass. So doing, the billionaire magnate internalises the ravages of need afflicting the poor.

Ultimately, he thinks of the poorest persons he had ever seen and strives to make his heartfelt gesture useful to them. In fact, his most glaring weakness is his eagerness to reduce through kindness, the sum of human wretchedness.

In a bid to bring education and development to his people in Okija, Anambra, the billionaire businessman has founded a school called Gonzaga Jesuit College in Okija. Ernest and his beautiful wife, Nnenna decided to build the school and dedicate it to humanity.

In response to what has been widely deemed an invaluable gesture from the magnate, the State’s Commissioner for Information and Public Enlightenment, Don Adinuba, said that the government and people of Anambra State are “absolutely delighted at the taking off of the Jesuit secondary school.

The college threw its doors open to students in Okija, Ihiala Local Government Area, in September, this year as the fourth Jesuit secondary school in Nigeria, with the other three located in the Rivers State, Lagos State, and the Federal Capital Territory, Abuja.

A statement signed by the Information Commissioner, Adinuba, explained that the establishment of the college in Anambra State is “eloquent testimony to the premium which the state places on education. It is also a testimony of the cooperation between the state government with the Church and the private sector to develop the state to global standards as quickly as possible.”

Adinuba said the college will help deepen Anambra State’s reputation as the educationally most competitive state in Nigeria.

It would be recalled that three years ago, the state governor, Willie Obiano, laid the foundation of the college and commended the three leading promoters — Dr. Ernest Azudialu-Obiejesi of ObiJackson Group and his wife, Nnenna Obiejesi, as well as Paul Erinne, an Engineer and philanthropist from Okija, who also built and donated the imposing Erinne Block at Paul University in Awka, among other philanthropic gestures.

Obiano said, “It is a mark of the new culture of collaboration, solidarity, and ecumenism in the state that the majority of the promoters of Gonzaga Jesuit College in Okija may not belong to the Catholic faith and yet they donate so generously to a school by a foremost order in the Catholic Church famous worldwide for the highest quality of education to its students regardless of their religious convictions.”

Describing the promoters as authentic Christians, the governor said their action is consistent with the Book of John Chapter 17 verse 21 where Jesus Christ prays “for all shall be one.”

The Jesuit Superior General, Fr. Arturo Sosa Abascal, while giving approval to the Jesuit school in Okija, explained that the Jesuit educational goal is not “is not just to educate, but to form people of depth – intellectually, spiritually, and psychologically.”

The college is named after St. Aloysius Gonzaga, a young Jesuit who is considered the patron saint of youth. Aloysius was undergoing studies for the priesthood when a plague broke out in Rome. The young Aloysius poured out his life, caring for the sick, and eventually died on June 21, 1591, at the age of 23.