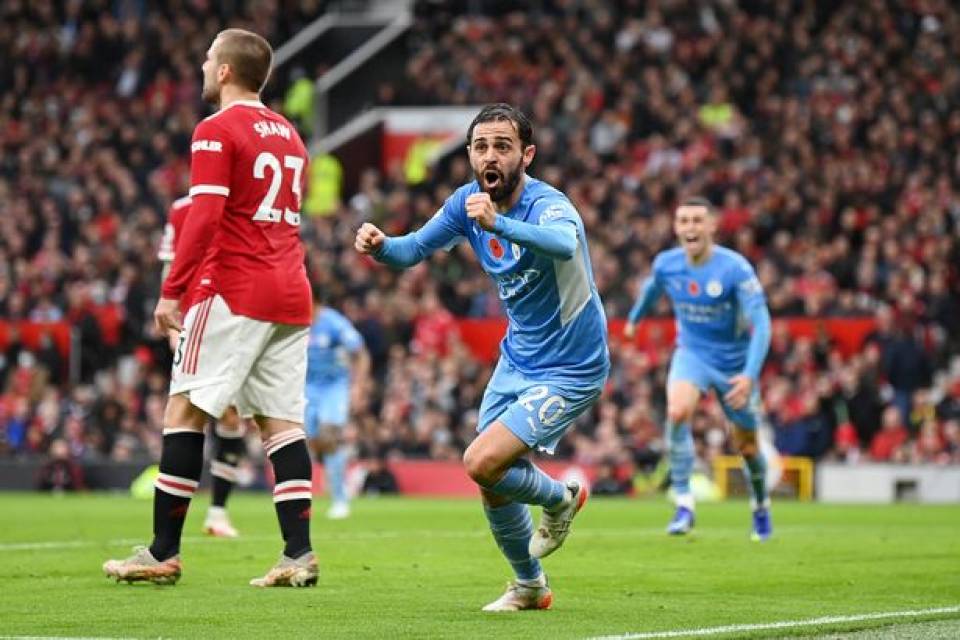 Eric Bailly’s own goal gave Man. City an early lead and Bernado Silva’s tap-in in added time of the first half ensured City secured the well-deserved three points. Pep Guardiola’s side are now just three points behind league leaders, Chelsea while United fall a further nine points behind Tuchel’s side going into the international break.

United were fortunate that the score line was not worse, despite going eleven Premier League games without a clean sheet, David De Gea ensured United were not further behind in the first half by pulling off top-class saves from the relentless City attack.

Cristiano Ronaldo had one stellar volley on frame that was saved well by Ederson, Ronaldo was barely involved, recording just 27 touches, the second fewest since his return to the club with United doing nothing else at all in attack as the match ended with a roar of boos from the home crowd.

For much of the second period, City were almost toying with United, moving the ball around quickly and efficiently while the home side chased shadows with Phil Foden hitting the post in the second half, while City somehow also weren't awarded a clear penalty kick.