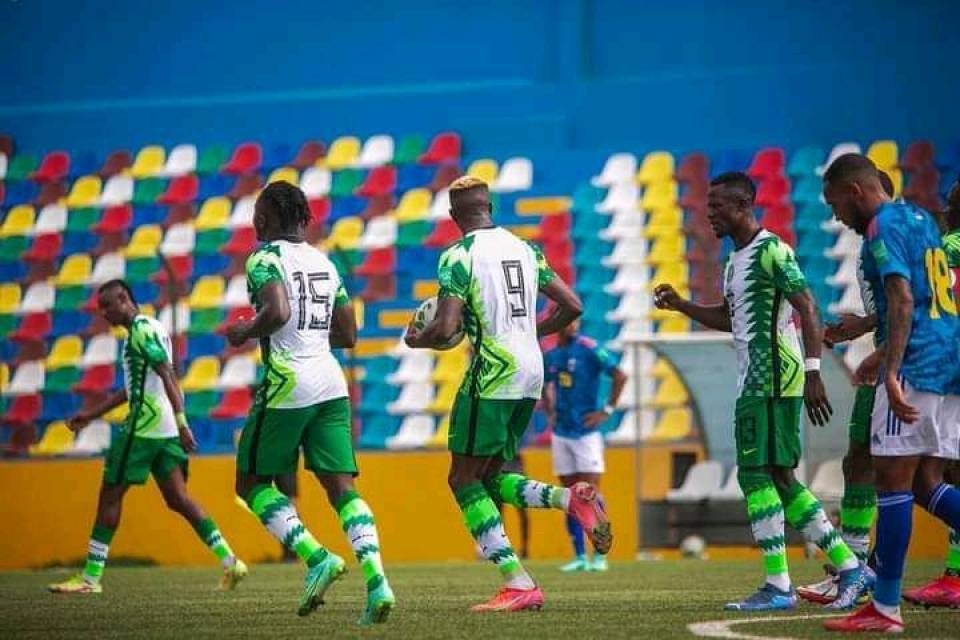 The Super Eagles of Nigeria posted another victory in their second game in the qualifying series for the Qatar 2022 FIFA World Cup, to make it two wins in two games after defeating Blue Sharks of Cape Verde 2-1 at the Estadio Municipal Aderito Sena on Tuesday.

Despite the absence of some core members of the Super Eagles players due to Covid restrictions for players plying their trade in the UK, the Gernot Rohr side came from behind to clinch an important away victory to maintain their pole position.

Dylan Dos Santos put Cape Verde ahead in the 19th minute, eight minutes later Victor Osimhen levels the scoreline, the Napoli talisman came close again in the closing hour of the first half but a sensational Rocha Santos own-goal – a lofted ball from just inside the Cape Verde half that sailed over the Sharks goalkeeper – 15 minutes from the end however sealed all three points for the Super Eagles.

The three times African Champion Kick started their World Cup campaign in Lagos defeating the Lone Star 2-0 and lead the pack in Group C of the Africa World Cup qualifiers with Six points with Liberia in second with three points.