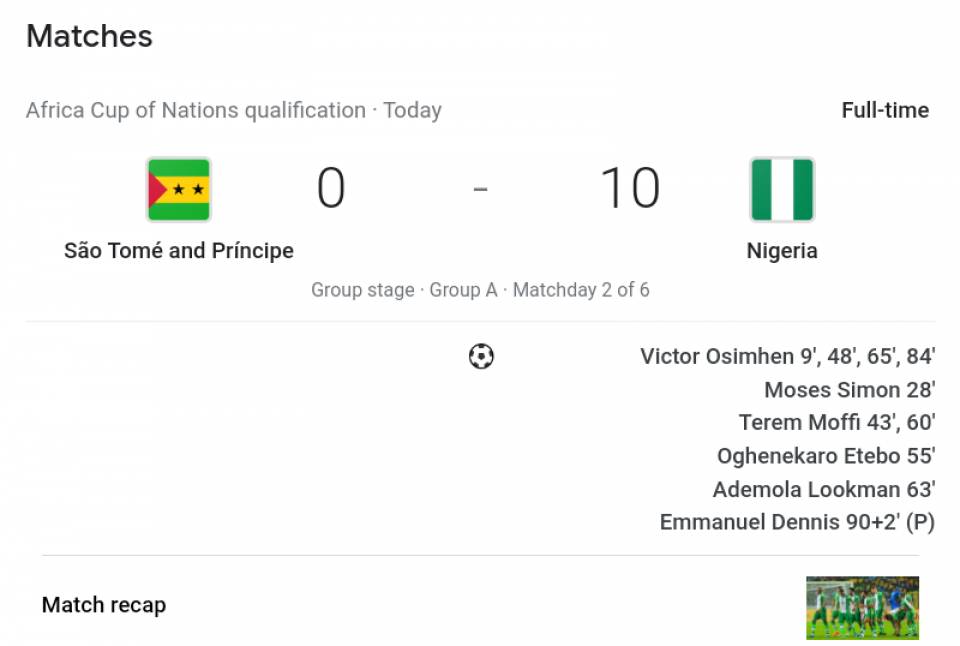 Super Eagles put 10 past Sao tome and Princepe to seal its biggest ever win in its football history against the fourth lowest-ranked country in Africa  in their second qualification group game for the 2023 Africa Cup of Nations (AFCON) in Ivory Coast.

Nigeria's Super Eagles made it back-to-back competitive victories under Jose Peseiro following a comprehensive and historic 10-0 over the 191st ranked team in the world. The result takes Nigeria top of Group A with six points from two games.

Osimhen was involved in six of the goals, netting four goals and assisting two, while Terem Moffi added a brace, others on the scorescheet are Oghenekaro Etebo, who scored a free-kick, Moses Simon, Ademola Lookman and Emmanuel Dennis

The Super Eagles came into the game following a 2-1 victory against the Leone Stars of Sierra Leone in their opening group game of qualification campaign at the MKO Abiola Stadium in Abuja. São Tomé and Príncipe on the other hand aimed to bounce back from a 5-1 defeat against Guinea-Bissau in their opening fixture.