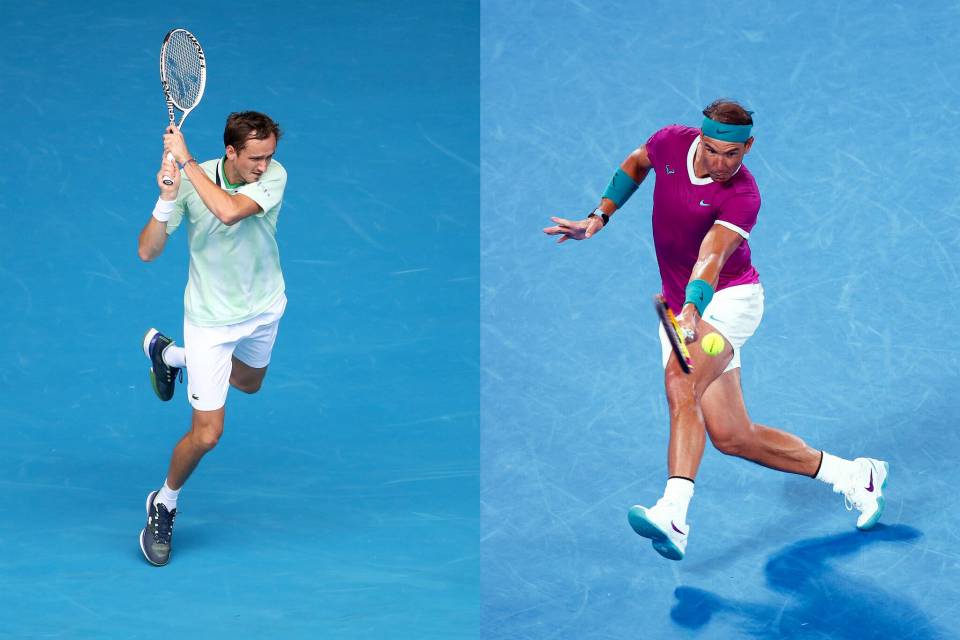 It would be Nadal's 21st Grand Slam title and the one that takes him ahead of Roger Federer and Novak Djokovic on the all-time list; Medvedev is aiming to win his first Australian Open title

In last year’s U.S. Open final, the 6-foot-6 Russian stopped Novak Djokovic from completing the Grand Slam, which requires winning all four major tournaments in the same calendar year, and also kept Djokovic from breaking his tie with Rafael Nadal and Roger Federer for most career major titles.

On Sunday, with the three men who have dominated this era still deadlocked at 20 Grand Slam titles apiece, Medvedev will face Nadal in the Australian Open final.

But Medvedev, 25 and with just one major title to his name, also has the luxury of remaining above the fray. Medvedev has been establishing himself as the sport’s new leading player, at least on the hardcourts that suit his game and comfort zone far better than clay or grass for now