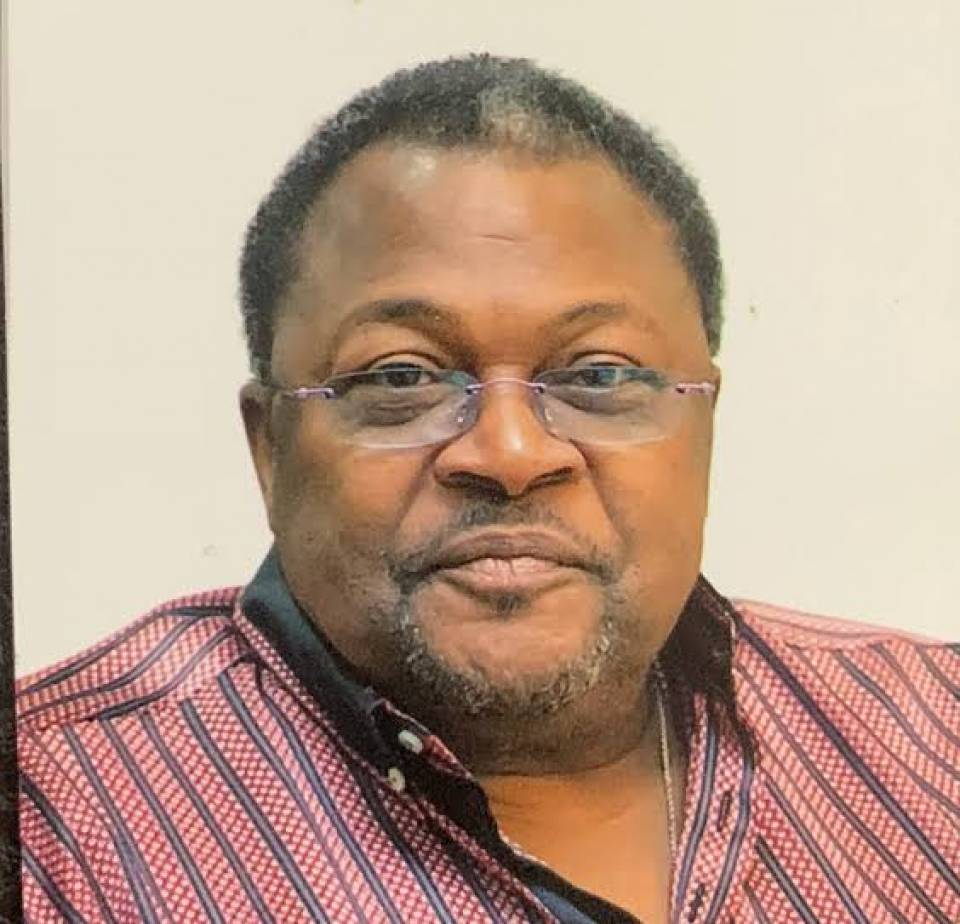 Just a few magnates refine the merchant tropes of endeavour, like Dr. Mike Adenuga (Jnr). Through grit and hardwork, he built an octopus-like conglomerate that employs thousands of Nigerians nay Africans in profitable, futuristic endeavours.

Despite his achievements, Adenuga nurses no frantic lust for acclaim. With tact and humility devoid of pretence and ostentation, he musters the most heartfelt humanitarian gestures. As the Globacom boss clocks 69 in a few days, Lanre Alfred examines his brilliant manifestationsasAfrica’smost coveted business icon.

A Man of High Ethics

If Mike Adenuga’s story reads like a business legend, it’s probably because he has always been an enterprise stylist. Adept at combining grit with desire, his life espouses crucial entrepreneurial anecdotes by its metaphor- rich manifestations of his hard work. At work and at play, Adenuga shifts gear seamlessly between the whimsical and the earnest, demonstrating time and over again his ability to tame challenges and ride out storms - without falling prey to Scylla and Charybdis of cynicism and failure. All in the pursuit of glory.

At the cusp of his 69th anniversary, the social and business landscapes pulse with milestones he has achieved thus reasserting his worth as a rare force of nature. As family and friends join him in celebrating his 69th birthday, the image that pops in the head is that of the genius, and the passionate intensity he brings to entrepreneurship. Typically, he would not roll out the drums in celebration as he is widely known as patently self-effacing. However, the day would avail his family and friends, mentees, employees, associates, and admirers worldwide, a rare opportunity to extol, recall, and recount the virtues of the man fondly called the Pillar of Prosperity.

A smart business person, Adenuga is a bold disrupter of the telecoms model. And Nigeria and Africa are the better for it. He enables telecoms in a way no other magnate has done. His forays into the business sector are richly layered and iconic. Inspiring, moving, pleasurable, and transcendent, Adenuga ultimately does create a composite image of endeavour and an ideal ethic of manhood. His style is driven, prudent, empathetic and boundless.

In the mottled landscape of Nigerian businessmen, Dr Mike Adenuga, the trillionaire Chairman of Globacom, is like a burst of the rainbow through a very cloudy sky. He is audacious and innovative, and despite the size of the telecommunications company, very hands-on and almost omnipresent in every department. He was quoted as saying in a tribute to celebrate one of his past birthdays; “You cannot be in my position and be oblivious of developments around you.”

Tales abound of how, since its incorporation, Globacom has never had an advertising agency for its commercials and promotional materials, as is the case with big companies. These are created in-house and underscore the creative bent of the man popularly called ‘The Bull.’ He’s a tireless hard worker. He signs off on all promotional materials and has a hand in every brand ambassador because, despite his legendary self-effacing nature, he is in tune with contemporary culture and trends. Not surprisingly, millions of youths see him as a quintessential mentor because of his guarded and understated lifestyle amidst business successes.

Also, at Globacom, there are no permanent goodbyes. It is more about ‘see you later.’ There is something about the company that makes former workers return years after leaving.

Some say it has to do with job security and a convivial environment. Others say it is because Adenuga quadruples as a teacher, leader, father, and mentor even as an employer. Adenuga’s rise to acclaim reads like an emotional orchestra. The symphony is a tour de force—a stunningly acute, intense, and intelligent manifestation not just of his manhood, but also of his dreams, challenges, the pluses and minuses of endeavour, friendship, the vital necessity of creative boredom, the phenomenology of watching his dreams erupt to fruition, and anything and everything else towards which Adenuga directs his supple imagination.

Becoming an entrepreneur extraordinaire, Adenuga understands, is never so easy. It takes consistent effort, focus and astounding genius for him to become the modern-day general of commerce that he is today. It took incredible focus, courage and intentionality to carry himself the way he did. To use his gifts and talents, his brilliance and platform, to honour the preciousness of humane enterprise and nationhood. It took humility and grace to seek beyond entrepreneurial exploits, and improve lives via selfless, and fortune-changing philanthropy.

And nothing excites him as much as his octopoidal conglomerate. But while some are busy pushing status and their immense bulk in a desperate dash for socioeconomic and political acclaim, Adenuga affects tact and humility without ostentation or pretence.

Invested With The Highest National Honours

In homage to his humanity and relentless strides at rewriting the African business narrative, the French government invested him with a Knight of the Legion of Honour(Chevalier de la Legion d Honneur), the highest French decoration and one of the most famous in the world. Adenuga is the only and first-ever Nigerian to have received the award since its inception. He was recognised and honoured for his “remarkable contribution to the development of the French-Nigerian relations and appreciation of the French culture.”

Not long ago, he was decorated with Ghana’s highest civilian national honour, the Companion of the Star of Ghana (CSG), “in recognition of your unique and outstanding contribution to business enterprise both in Ghana and the continent of Africa at large.” 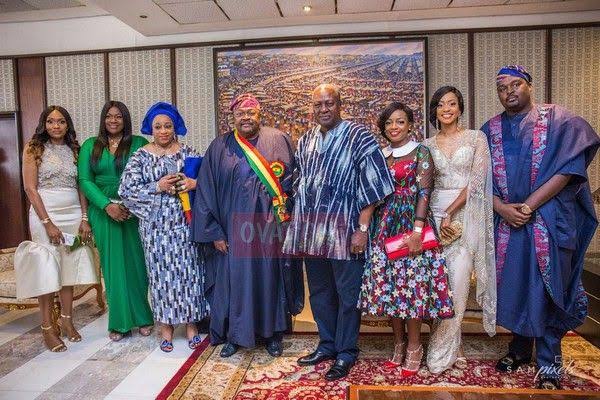 Philanthropy is at the heart of everything that Adenuga does. Why a lot of elite philanthropy is about elite causes is not so for Adenuga. Through his eponymous Pan-African philanthropic foundation, the Globacom Chairman helps Nigeria and other African countries to achieve social and economic independence while contributing to an improved future for Nigerians and other African citizens. The foundation puts smiles on people’s faces by creating or supporting initiatives that deliver knowledge, skills, resources and infrastructures that will stimulate innovation, facilitate commerce, drive enterprise and improve living conditions. Its core programme interests are entrepreneurship, education, health, and rural development. The education programme aims to support the study of disciplines that drive innovation and development.

As the coronavirus pandemic ravaged the world, Adenuga dug into the depth of his humanity to support every effort of the federal government to combat the virus, particularly, through the Central Bank of Nigeria, CBN’s private sector Coalition against COVID-19, donating heavily. In a letter to the CBN Governor, Godwin Emefiele, Adenuga applauded the federal government’s measures

to tackle the pandemic’s impacts on the country, commending the bank for its worthwhile initiatives. He donated generously to the Lagos government, various bodies, and institutions. Nigerians are still talking about it even as you read.

His Love for Arts, Football

Adenuga’s love for the arts is intrinsic and invaluable. Aside from direct financial commitments, including massive sponsorships, Globacom currently retains the largest number of key players in the entertainment industry as brand ambassadors while upholding that by actively engaging them.

Many entertainers, both established and unheralded, have been blessed immeasurably by this love and patronage.

Though very elusive, he once drove himself to the album launch of Paul Play Dairo, a phenomenon in the Nigerian music scene in the late 1990s and early 2000s, to the amazement of guests. When Paul Play fell sick in 2009 and took a long break to treat what many thought was cancer, he confessed that he didn’t try to publicly raise funds because “people like Dr Mike Adenuga were there for me.”

Another major beneficiary of his generosity is Juju music maestro Ebenezer Obey whose eye surgery was sponsored abroad by the Globacom boss. Adenuga also blessed the Miliki exponent with an Escalade SUV.

Born to the illustrious Adenuga family of Ijebu Igbo in Ogun State on April 29, 1953, growing up in the household, for Adenuga, was like evolving in a brilliant world of dazzling mirrors. Even now, he relives the sparks of magic and tufts of grace wrought in his psyche by his exceedingly principled and loving parents. Adenuga learnt a lot from

his parents. From his father, Pa Mike Agbolade Adenuga Snr, he learnt humility, sacrifice, tact, wisdom, and patience. Whatever he learnt from his father was reinforced by his mother, Madam Juliana Oyindamola Adenuga. Both parents taught him to value every human life and relationship.

Adenuga attended Ibadan Grammar School. After that, he studied Business Administration at Northwestern State University, Alva, Oklahoma, in the United States. He earned a master’s degree at Pace University, New York, majoring in

His sojourn in the U.S. added an inspiring chapter to his impressive history. He attracted national attention as far back as 1991 when his Consolidated Oil Limited struck oil in a commercial quantity, having distinguished himself in the business of importation at the age of 22.

Virtue, according to Adenuga, should be, in the popular estimate, the rule guiding human conduct in business, social and political circuits rather than the exception. “A man is nothing without his virtues,” he argues. Thus he endeavours to do good. But his deeds are done not as an apology or extenuation of his fortune and citizenship of the world. While many rich men propagate virtues as penances for the inaction of the world’s privileged divide, Adenuga imbibes and perpetuates the culture of goodness out of an intrinsic part of his manliness.

Champions often write history. Sometimes they rewrite it. But very few champs excite the splendid tribute of a cheer in the wake of their most glorious feats. Nonetheless, Adenuga strikingly commands the relentless tribute of a cheer.

It reverberates as deafening applause for the extraordinariness of the man who taught Nigeria and Africa to trust in his entrepreneurial depth.