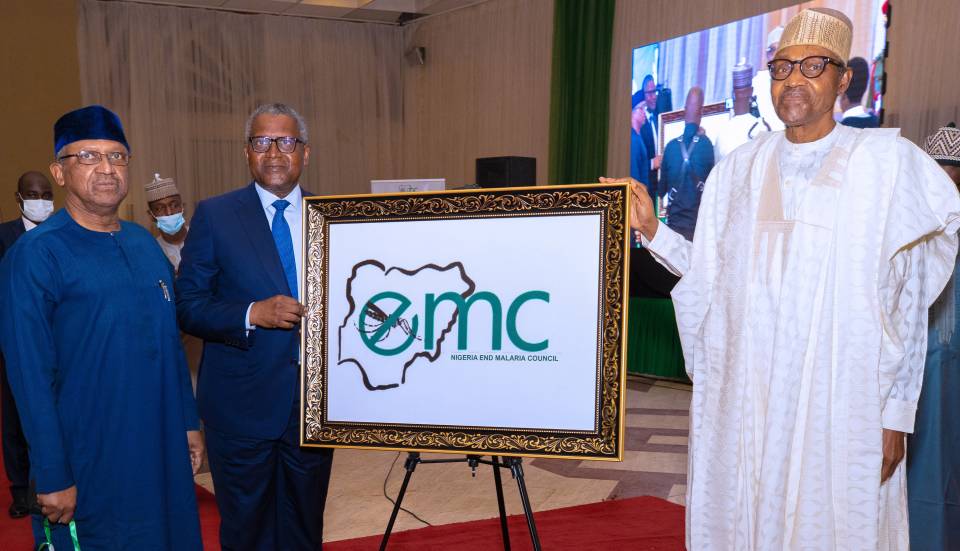 Chairman of Aliko Dangote Foundation and Africa’s richest man, Aliko Dangote has been named the pioneer Chair of the National End Malaria Council (NMEC), a body established by President Muhammadu Buhari to eliminate the scourge of malaria in the country. The National End Malaria Council (NMEC) was inaugurated by the President at a well-attended event in the Presidential Banquet Hall, Aso-Rock Villa, Abuja yesterday.

Dangote, who accepted the responsibility of chairing the Council, said the new function was in tandem with his current roles as the Nigerian Ambassador for Malaria, his role on the Global End Malaria Council, and with the work that his Foundation, Aliko Dangote Foundation is doing to mobilise the private sector to support malaria control in Nigeria in particular, and Africa at large.

While inaugurating the 16-member Council, President Buhari projected that the successful implementation of the Council’s agenda and savings from the estimated economic burden of the disease would save Nigeria about N687 billion in 2022 and N2 trillion by 2030.

The President told the Council that beyond improving the quality of life, health and well-being of Nigerians, the concerted strategy to tackle malaria had both public health as well as socio-economic benefits for Nigeria. 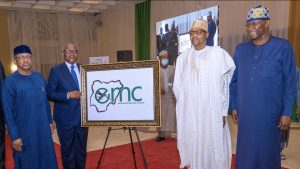 “Our inauguration today will therefore ensure that malaria elimination remains a priority on our agenda, with strong political commitment from leaders at all levels. Additionally, the End Malaria Council will provide a platform to advocate for more funding to protect and sustain progress made so far by our country, and put us on a pathway to ending malaria for good,” the President said.

Expressing concern that the age-long disease had remained a major public health challenge in Nigeria, the President cited the World Health Organisation (WHO) report of 2021, showing that Nigeria alone accounts for 27 per cent of all cases of malaria and 32 per cent of deaths globally.

On his choice of Dangote to chair the Council, Buhari explained that it was in recognition of the track record and passion of Africa’s richest man in supporting initiatives on various health issues such as polio and primary health care system strengthening.

He expressed confidence that Dangote would bring his outstanding achievements to help the country achieve its goal of malaria elimination, adding that a group of eminent personalities, who have also made their mark across all walks of life, have been selected to work in the Council. He added that the membership of the Council reflects Government’s commitment to significantly reducing the malaria burden in Nigeria, to a level where it is no longer a public health issue.

President Buhari also thanked the Chairman of the African Leaders Malaria Alliance (ALMA), President Uhuru Kenyatta of Kenya, the Executive Secretary of ALMA, RBM Partnership in Nigeria for their continuous support to the Federal Ministry of Health and the malaria programme, in particular. He also acknowledged the contributions of the Global Fund, the United States Agency for International Development (USAID), the President’s Malaria Initiative, Bill and Melinda Gates Foundation, WHO, UNICEF, UK Foreign and Commonwealth Development Office, other implementing partners, and the private sector.

In his acceptance speech, Dangote thanked the President and all members of the Council for entrusting him with the enormous responsibility, pledging to work hard to achieve the mandate.

“I must confess that this resonates with my current role as the Nigerian Ambassador for Malaria, my role on the Global End Malaria Council and with the work that my Foundation is doing to mobilise the private sector to support malaria control in Nigeria and Africa at large,” he said.

“It is with humility that I today accept the responsibility to be the Chair of the National Malaria Elimination Council. I am also grateful to the Minister, Federal Ministry of Health for nominating me to serve in this capacity. I would also like to express my gratitude to all the members of the Council for entrusting me with an enormous responsibility which I pledge to fulfil.

“In 2016, Aliko Dangote Foundation supported the development of a Private Sector Engagement Strategy for Malaria Elimination in Nigeria. The document highlighted private sector support in the fight against malaria as well as a strategy for private sector engagement and steps for implementation. In fulfilling our longstanding commitment/investment to end malaria, my Foundation will continue to support all efforts at mobilising all sectors to end malaria in Nigeria and Africa at large”, Dangote added.

Quoting figures from the 2010 Nigeria Malaria Indicator Survey and the 2018 Nigeria Demographic and Health Survey, they attributed the decline to the thorough implementation of the National Malaria Strategic Plan (NMSP). Both ministers, however, admitted that funding gap has impacted the implementation of the malaria programmes in Nigeria, adding that the country needs N1.89 trillion to reduce malaria prevalence and mortality by 2025.

Malaria is a life-threatening disease caused by parasites that are transmitted to people through the bites of infected female Anopheles mosquitoes. It is preventable and curable. In 2020, there were an estimated 241 million cases of malaria worldwide. The estimated number of malaria deaths stood at 627,000 in 2020.

The WHO African Region continues to carry a disproportionately high share of the global malaria burden. In 2020 the Region was home to 95% of all malaria cases and 96% of deaths. Children under 5 years of age accounted for about 80% of all malaria deaths in the Region.

Four African countries accounted for just over half of all malaria deaths worldwide: Nigeria (31.9%), the Democratic Republic of the Congo (13.2%), United Republic of Tanzania (4.1%) and Mozambique (3.8%).