WAFCON 2022: Super Falcons bounce back with 2-0 victory over Botswana 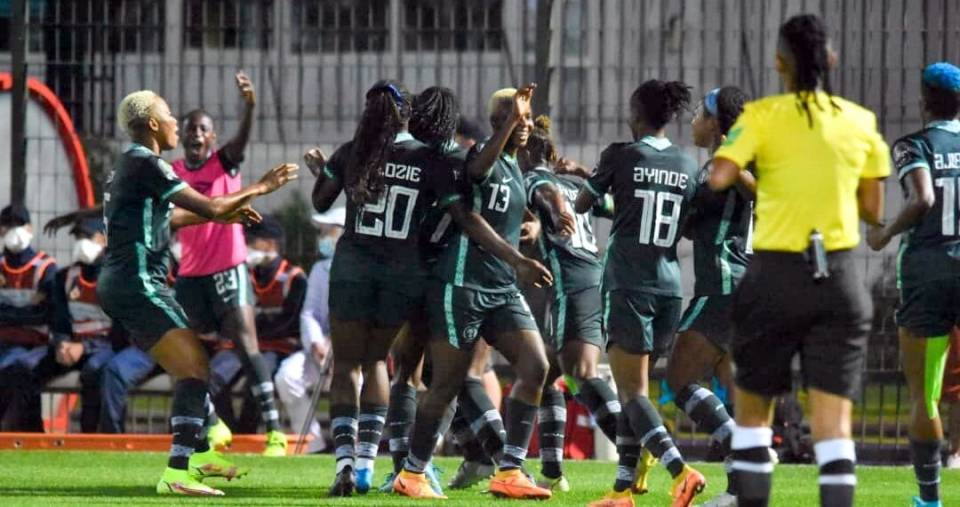 WAFCON 2022: Super Falcons bounce back with 2-0 victory over Botswana

The Super Falcons are back on track at the ongoing Women's Africa Cup of Nations in Morocco after a dismal start against the South African Bayana Bayana following their crucial 2-0 win over the Mares of Botswana, Thursday night in Rabat.

Nigeria romped to victory at the Moulay Hassan FUS, Rabat Stadium. A goal in the first half by Ifeoma Onumonu and another by substitute Christy Ucheibe a few minutes into the second half saw the nine time champions earn their first three points.

The Super Falcons clearly did enough to get a 2-0 win that moves them up to the second spot in Group C with three points ahead of Sunday’s final group game against Burundi. Table-toppers South Africa already qualified for the next round with two consecutive wins and will face Bostwana also on Sunday.

Bayana Bayana of South Africa qualified for the quarter-finals after defeating Burundi 3-1 in their second Group C game on Thursday.