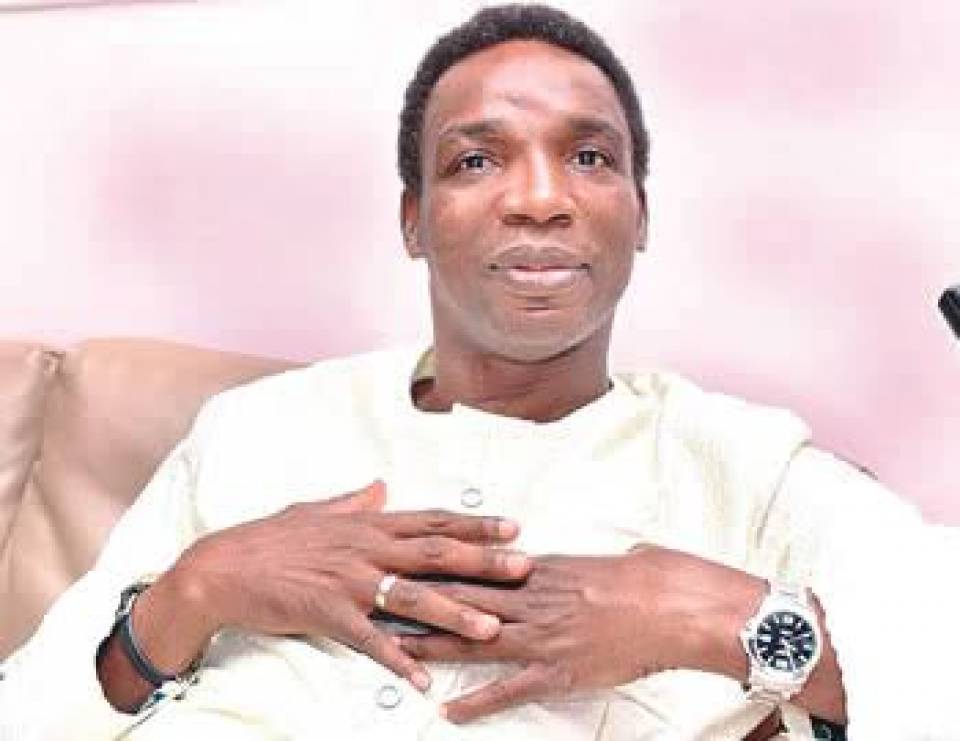 Otunba Segun Adewale , owner of Aeroland conglomerates has accused the Asset Management Company of Nigeria (AMCON) of illegally sending policemen to seal his business premises over an alleged debt to Polaris Bank.

Adewale, who spoke to selected newsmen on the matter, said that he was surprised to see police officers invading the premises of his air travel agency located on John Olugbo Street, Ikeja, Lagos on Friday May 6, 2022, ordering him and his workers out over an allegation that he was owing the bank some money.
On the contrary, Adewale said that it is Polaris Bank that has refused to grant him access to his N 1.777bn in the bank immediately after the 2015 Lagos West Senatorial Election.
The businessman lamented that what made the matter worse was that he took the bank to court in 2018 over his seized money, and that neither the officials of the bank nor its lawyers appeared in court only for them to accuse him of owing them and got an exparte order to seal his property.
“I banked with Prudent Bank, which became Skye Bank and later changed to Polaris Bank.
“In 2015, I tried to move my money out of the bank because there were signs that they have a relationship with certain political party but it was not possible.
“I went to court in 2018 over the refusal of the bank to give me my money, the case reference number is FHCIL/CS/2093/18 to state the fact here.
“They are now saying that I took a loan from them and I wonder which loan they are talking about. They are the ones owing me 1.777b. They were not going to court and the court kept adjourning the matter.
“I was here on Friday May 6, 2022, when policemen came to my office and my house and they sealed my properties and said that I was owing them.
“I was not even informed that they were coming, they just came to my office and my house and took over the two places.
“I couldn’t work, my people couldn’t work, they just came here and I have lost a lot of money now. I have lost name and image and they even went to the bank to stop my money,” he said.
Adewale insisted that if he actually owes the bank, he had the right to know what he is owing and when he took the money, adding that he ought to be allowed to argue his case.
He said; “they are the ones owing me so much, I mean N1.777b here and I sued them to court and I have been managing my life since then.
“The policemen politely asked us to leave the office and took over my properties without any information from anywhere.
“Polaris Bank has been using all forms of tricks to withhold my money. The former Managing Director of the bank, Tokunbo Abiru who is now a serving Senator.
“I have gone back to my lawyer and he told me that it is illegal for them to lock my office.
“He said that what they did is wrong that they could not take the case to another judge since it is before a judge already, and that it is an aberration of court process.
“They have ruined my business all because of baseless allegations.
“My houses were also demolished. What they did to me is enough to lead to death if I am not strong.
“Now if you give somebody money, where did they disburse the money to? There should be an evidence to prove that. I am not owing, the only thing I owe anybody is love.”
According to him, once a case is in a court, they cannot go to another court to get exparte order, which he said is what has now happened.
“We have not argued any case, you have not called me to any meeting, you just took over my office. It’s an injustice.
Commenting on what will be his next line of action, Adewale noted that he will initiate a new court process against the alleged unlawful act perpetrated against him.
“I’m going to petition the Managing Director and lawyers of the Asset Management Company of Nigeria (AMCON) for what they have done. Apart from that, I’m going to sue them for 0a billion naira for disrupting my business.
“The one that is more painful now is that this current matter had been in a high court since 2018 and you did not show up only for you to suddenly come and seal up my office.
“We will approach the court and the judge would see to the matter. They swore to an oath and lied, when they ought to pay me my money,” he said.