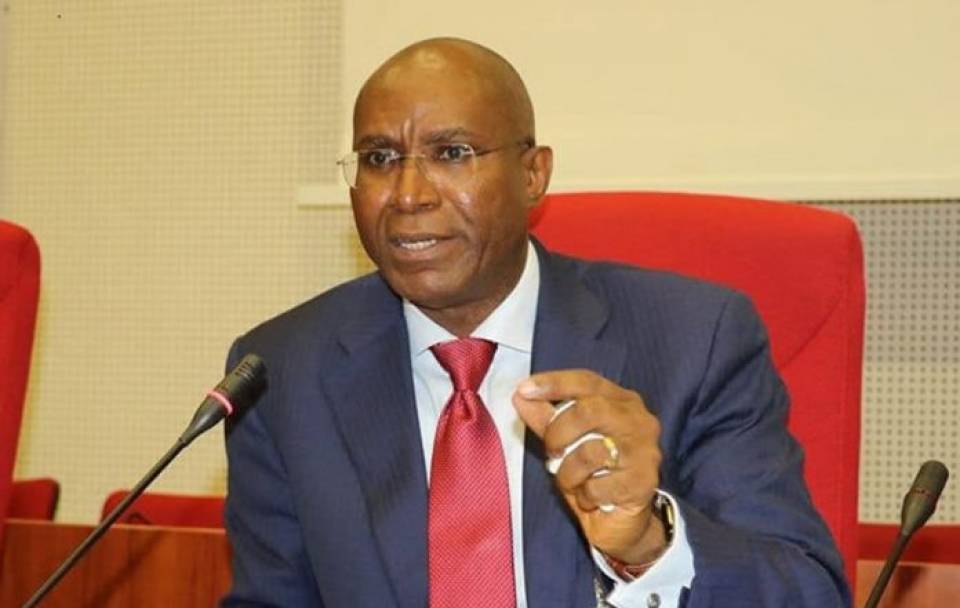 Mass resignations have hit the office of the deputy President of the Senate, Mr Ovie Omo-Agege.

Information gathered that some aides have resigned over accusation of poor welfare packages, high handedness and delay in salary payments often directly received by the deputy senate president through his personal accounts before disbursements.

The latest aide to resign is Mr Voke Ighorodje, a senior legislative aide.

In a letter of resignation shared to journalists, Ighorodje resigned on January 12, 2022.

The letter was addressed to and received by the Chief of Staff to the Deputy President of the Senate, Mr Otive Igbuzor, on January 13, 2022.

In the letter, Ighorodje wrote, “I want to sincerely thank you for the opportunity given me to serve in your very cerebral team that you assembled and ably led by Dr Otive Igbuzor, the Chief of Staff; that has contributed immensely to actualising the vision for Delta Central in particular and Nigeria in general.

“Like the popular saying that everything has its time, I wish to humbly resign my appointment from your distinguished office to face other things that need my attention.

“I am resigning from your office but certainly not my relationship with you and your wonderful family. I wish you the very best in your future political endeavour and I hope that our path will cross in the near future. Again, thank you for the opportunity to serve.”

While no official comment has been issued by the office of the senate president, the APC, Delta State chapter did not take the resignation letter kindly.

The party reacted to the news saying it had expelled Ighorodje for alleged anti-party activities.

But the party’s purported expulsion was announced on January 18, 2022, less than a week after Ighorodje’s resignation, in a statement signed by the State Legal Adviser/Publicity Secretary of the APC, who gave his name as E. V. Onojeghuo.

The statement said that the “Delta APC expels Mr Voke Ighorodie for various anti-party activities and gross misconduct aimed at bringing the name of the party into public opprobrium and disrepute.

“The All Progressives Congress, Delta State, is in receipt of reports/letters of expulsion from the Executive Committee of Ward 8, Ethiope East Local Government (Area) in respect of Mr Voke Ighorodje, wherein serious allegations were levelled against him.

“The state caretaker committee of the party, having considered the reports and grave allegations against Mr Voke Ighorodije, hereby expels him with immediate effect from the party in line with provisions of Article 21 of the party’s constitution.

The APC is factionalised in Delta State with one camp led by Omo-Agege and the other is led by Minister of State for Labour and Productivity, Mr Festus Keyamo.