Nigeria’s Headies in Atlanta, an era of new beginnings… 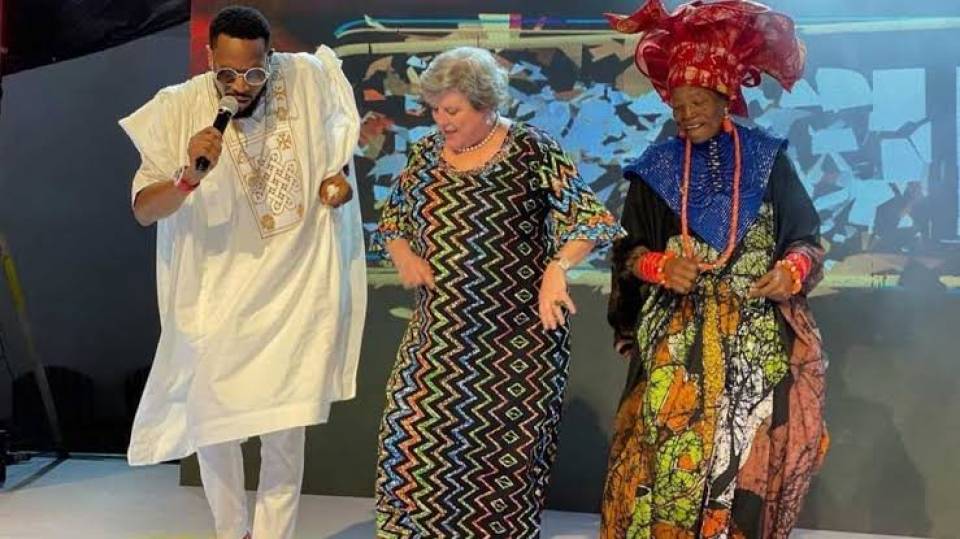 Nigeria’s Headies in Atlanta, an era of new beginnings…

Africa and Nigeria’s most celebrated annual music awards ceremony, The Headies; over the years has become a household name in Africa with international recognitions in exporting talents from Nigeria and Africa to the world.

In the last 16 years of being indigenous participation in recognizing outstanding achievements in the Nigerian entertainment industry, numbers of talented and award winning acts have benefited from the awards organizer in showcasing their inmate talent to world.

The Headies established in 2006 by team-led Ayo Animashaun, the renowned journalist and Editor-in-Chief of The Hip Hop World Magazine has over the years faced many challenges and travails in sustaining enable environment to celebrate most performing indigenous talent from within and outside Nigeria.

But with the unfolding edition will surely signal a benchmark achievement for the Nigerian entertainment industry with the new partnership with the US Mission and it will definitely give more chances to the Nigerian acts on global stage and also attract more business investors to the industry.

“This year’s Headies awards will highlight the growing U.S.-Nigeria ties and the vast potential of Nigerian musicians as cultural exporters to the African continent and beyond,” the U.S Ambassador to Nigeria, Ms. Mary Beth Leonard said at an event held on Thursday 13 May 2022 to honor the 16th Annual Headies Music Awards which will be held for the first time in Atlanta, Georgia later this year.

Ambassador Leonard applauded the growing ties of the two countries in the creative industry; she noted that cultural exchange advances U.S.-Nigeria strategic partnership by forging lasting ties between American and Nigerian artists and shining a spotlight on the vibrant creative community in Nigeria and the United States.

“The U.S. government has long recognized the role of music in diplomacy, with its emphasis on free expression, improvisation, and democratic and collaborative teamwork. Sharing music is one of the best ways to find common ground with people on an exchange program. The appeal of music is truly universal,” Ambassador Leonard added.

Executive Producer of the Headies Awards, Ayo Animashaun, noted that it’s the first year the Headies will be held outside of Nigeria. He described Atlanta as home to many prominent hip-hop and R&B artists and their record labels.

“The Headies recognizes outstanding achievements in the Nigerian music industry. Our goal is to continue to support the development of talent and nurture innovation in the music industry,” Animashaun added.

Animashaun revealed that the awards needs to grow as well the need to move Nigeria music and her talents to a global scale thus the choice of Atlanta dubbed the black capital of the world where black music shines and equally the centre of Black Entertainment in the world.

The Headies boss noted that “we have to reward more artists and show the world that we can do it. The fact that there is a lot more to achieve beyond what we’ve achieved in Nigeria at the moment. We are not close to our dreams”.

He added that there will be addition of new award categories to honour music artistes from across Africa.

Tweet
previous post « "A Rich Man Once Told Me I Could Never Make It In Life" ...Ace Juju Singer, Dotun Future
next post BBNaija Reunion: Cross was a hypocrite  - Angel »
back to top