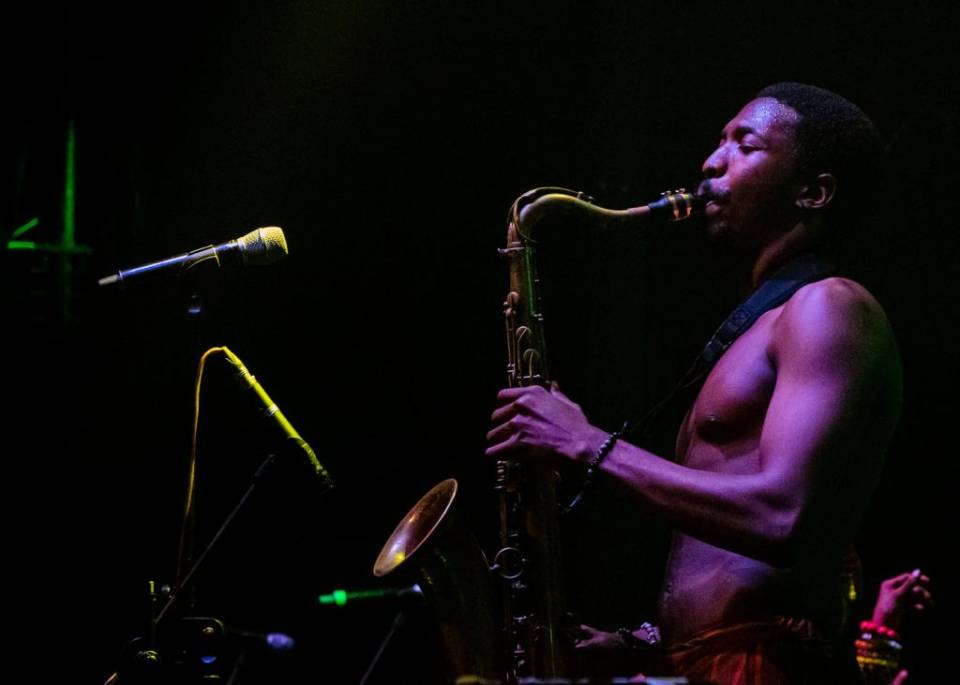 The grandson of Afrobeat legend, Fela Anikulapo Kuti, earned his first nominations at the 64th Grammy Awards as his father bagged his fifth Grammy nomination.

The nominations for the 64th Grammy awards were announced on Tuesday, November 23, 2021, by the Recording Academy. Made Kuti, alongside his father, made the cut for the nominations in one of the 86 categories for the 2022 GRAMMYs Awards.

Made Kuti and Femi Kuti’s joint album, ‘Legacy +,’ was nominated for the Best Global Music Album at The 64th Grammys. The Kutis were nominated in the same category alongside Angelique Kidjo for her album, ‘Mother Nature,’ Rocky Dawumi for the album, ‘Voice of Bunbon Volume 1,’ and Wizkid for his album, ‘Made In Lagos.’

Reacting to the feat, Made Kuti said, “My mind is blown!! A Grammy nomination from my debut album! All those years I spent practising all those instruments by myself to record an album, I would play every instrument in by myself! Notating the music, recording it, editing it! Thank you everyone that was involved.”

Made makes his mark as the third Kuti to earn a Grammy nomination. Neither his father, Femi nor his uncle, Seun Kuti, have won the award.

Earlier in 2021, the rising Afrobeat musician scooped his first award nomination at the All Africa Music Awards. Made earned a nomination in the Best artiste, duo, or group in the African jazz category. The singer's song, Free Your Mind, earned him the nomination.

Made, the first son of Femi Kuti and Funke Kuti, has been walking on a familiar and family path of music since he was young. He was a member of his father’s Positive Force band for a while after he graduated from London's Trinity Laban Conservatoire of Music and Dance in 2018.