There is right now from several customers of GTBank over its much-touted *737# mobile platform. This is coming on the heels of GTBank’s recent AGM’s records of One Trillion transactions on the mobile apps, which the customers say is not as effective as the service promised them, as against the grand advertisement and sensitization programmes rolled out by the bank in the wake of the campaign; a campaign and publicity drive that purportedly ran into several millions of Naira between 2015/2016.

Most customers who have plunged into the perks and advantages offered by the plum service offered by the bank are now crying wolf having been hoodwinked by the after experiencing one anomaly or the other in the course of using the service. A typical case in the shoddy service being provided by the mobile app, which has been severally encountered by many customers is that when they dial the prescribed *737# for transaction, there is a unanimous and discouraging response of “unable to process request’. This nauseating experience has become so monotonous and rampant by the service provider, to the extent that most customers now feel disillusioned about the poor and skeletal service by the second generation bank, which prides itself as one of the prime movers of the industry, and by extension ‘guarantees’ its customers. The poser now is : How truly guaranteed are their customers if they cannot easily access their acclaimed lofty service and product via e-banking? Something, therefore, must be definitely wrong with the widely-acclaimed ‘most-friendly and best customer-service financial institution’. It thus behooves the management of the once-favoured and well-patronized commercial bank to earnestly brace up in order to avert the imminent and impending shortfall of the inclement development. Thus, in the wake of these several anomalies and short comings on the part of the once high-flying and prompt/efficient delivery bank, many of its valued customers across the country and even beyond, have been complaining bitterly, venting their spleen, and voicing out angrily, just as some have already dumped the bank for better and more preferable ones, while some are only waiting in the wings to follow suit, if the unwholesome situation continues. The vile and unsavoury reactions some of these ‘unguaranteed’ customers as posted on several platforms of the social media, should of course not come to the GTBank’s authorities, as it is normal for any customer to show resentment and displeasure, whenever a service he or she is paying duly for is not fully ‘guaranteed by the service provider. The reactions came in torrents, most of which were very uncomplimentary and distasteful to say the least. Have a bite from the following:
Handsomecole: ‘I long left GTbank, it has over the years become useless in its service delivery’.
Passyhansome: ‘GTbank! Do people still patronize them? The bank can frustrate for Africa.’
Andrewkingg: ‘Had same issue too!! Fear grip me ohh!! I had to check my mobile app to confirm my money were intact! But GTbank still remains the best bank, I am sure they will fix these issues.’ Oga na First Bank and Diamond Bank be my best oo... Am just using GTbank becos it's my first account I opened. Sincerely, GTbank has lost what made it attractive. They seem to have more customers than they can manage.
Quiverfull Mygeez: ‘GTbank has never failed me!! with *737# am good to go!! My personal opinion. Have bin banking with GTBank for over 10yrs.’
But one Allezy 13 has nice words: All banks have their occasional hitches, so I can’t see what the big deal is here. GTB still has one of the best online services! FACT!!.NB: I don’t work for, or in any way affiliated to them. Just that I recognize good service. Another anonymous GTBank customer defended it without any bias though, but the defense is neither here nor there, as the odds against the purported service far outweigh the advertised benefits. In a spirited bid to allay the fears of the customers, the bank had on many occasions sent messages to all its customers, notifying them of a planned maintenance duty for many of the times such complaints are made. However, days after the completion of the said maintenance, customers' complaints remain unabated on the bank's social media platforms, with many of the customers still lamenting poor services. What is now baffling GTBank’s customers, and industry watchers alike, is the huge resources that was said to have been spent on the technical apps of the bank’s many online business platforms, especially the mobile *737# mobile service by the bank. When the platform messes up, those who come out to defend the bank, easily mouth the alibi that efficiency of the service is also subject to phone network. How spurious that could be? Are they saying that virtually all the networks are simultaneously and randomly experiencing technical issues. This is a poser for GTBank to guarantee for its many customers who are now feeling unsafe and visibly ‘unguaranteed’, without any hope of remedy in sight.

ECOBANK of Fraud! Another manager arraigns by EFCC over N9.2million fraud 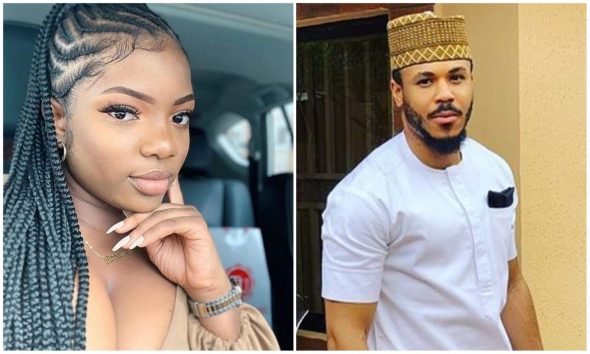 BBNaija 2020: Keep your distance from me – Dorathy warns Ozo