Nigerian National Petroleum Corporation (NNPC) has hinted of its plan to generate at least 4,000megawatts of electricity in the next three to 10 years.

The NNPC said that it is aiming for an investment of about $15 billion which will assist in realising its plans to increase gas supply in the country to be able to generate about 4,000 megawatts of electricity.

This was made known to newsmen in a statement the corporation released in Abuja, adding that the 4,000mw power generation objective would be attained through the construction of independent power plants.

The statement quoted NNPC Chief Operating Officer (COO), Gas and Power, Mr. Saidu Mohammed, as making this disclosure during the 2017 retreat of his Autonomous Business Unit, ABU (Gas and Power), in Kaduna.

Mohammed further hinted that the power plants would be built in the next three to 10 years by Incorporated Joint Venture Companies that would include the NNPC, international power companies as well as other Nigerian investors and would be designed after the Nigerian Liquefied Natural Gas (NLNG) business model.

He said, “As at today NNPC has interest in two power plants, one in Okpai, Delta State and the other in Afam, Rivers State,” adding that power generation is big business.

Noting that the two power plants collectively generate up to 1,000 megawatts and are the most reliable and cheapest source of power to the national grid in Nigeria today, Mohammed said that there are ongoing plans to commence Okpai Phase Two Power Plant.

He further said that other Joint Venture (JV) power plants like Obite and Agura would also be advanced in the shortest possible time to boost power generation in the country.

The new thinking, he said, involves extending the NNPC’s major gas pipeline infrastructure into a robust network to connect various parts of the country

OPINON - COVID-19 Pandemic: Where Are The Friends Of Lagos Journalists By Qasim Akinreti 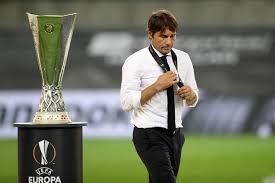