She is a woman that has an endearing personality, and she qualifies to be identified as a woman of valour.

As the Group Head, Corporate Communications, United Bank for Africa, vivacious and very innovative Bola Atta is not leaving anything in the backyard of her outstanding accomplishments. When she clocked a year days back, it was celebrated by her staff and well-wishers, in a modest celebration. Bola Atta, whose unusually lifestyle does not connote big deals, came to fore when she was wowed with an uninformed birthday party, and she regaled the staff with much appreciation. Bola’s stellar career in the media, entertainment and banking sectors stealthily bear witness to her professionalism and astuteness. Bola Atta is a woman of many parts, with a plum degree in Economics, and an MBA in Finance and Marketing. Prior to her banking job, officious and very industrious Bola Atta was the Editor-in-Chief of True Love West Africa Magazine. Her far-reaching impact, while working for M-Net as its Program Manager for West Africa, included proposing to the network’s executives that a channel be dedicated solely to the broadcast of African movies, specifically Nollywood movies. She worked on the concept, development, and programming of this channel which was successfully launched in 2003. Bola has also doubled as the Executive Producer for REDTV, a lifestyle and entertainment network that brings the best of Africa to the digital space, which UBA, proudly supports.

The Story Of A Nollywood producer, Seun Oloketuyi and his many children! 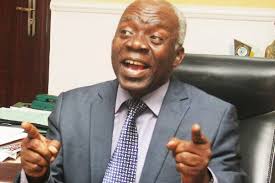