You might never know a man’s vulnerable place until you see him with his daughter; because with her, he seems capable of more human emotions that he will even share with anyone else.

It’s almost an impossible task to separate fathers from their daughters because that bond is something mysteriously awesome and it can only be made from heaven. This was amplified by oil and gas mogul, Femi Otedola’s daughter, Temi, at the 2018 Zik Prize for Business Leadership, who shone like a million stars. His father expressed his feelings and pride for Temi, who represented him ably at the event, and was full of anxiety and joy with what his daughter did for him at that auspicious event. Those who were at the event have kept on passing commendable words and tributes to Femi Otedola on the wonderful and impressive outing of his daughter at the global event. Temi Otedola, with the caliber of people at the event, was not cowed, as she remained her normal self throughout the event, without being intimidated at all. Temi has always been a winner at whatever she does, especially through her fashion business and modelling, which she has broken many grounds within all entireties.

Nigerian newspapers: 10 things you need to know this Sunday morning 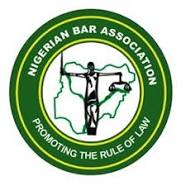