For the shoes left behind by his predecessor, Philips Oduoza at the first generation bank, UBA may have appeared too big for Kennedy Uzoka to slip into, but like an unyielding hunman being to challenges,

the young but very focused Ken Uzoka, is leaving no stone unturned to prove many wrong about his suitability for the uphill task the UBA top job has piled on him.

Recently, Kennedy Uzoka was to have his first baptism of fire and he did pull through it because the almost image-dampening Forex debacle that stared the bank in the face, was to say least very challenging to Uzoka, and he was able to surmount the obstacle; which could have made or marred him in his now plum and enviable position.

But now that he has weathered through, miraculously, he must have learnt a few lessons about the expectation that come with the hot seat he now occupies. Though its not all about one’s corporate and managerial expertise to hold sway at a formidable bank like UBA; it equally demands an extra mile for the occupant, which he can never find in any book to master.

Past CEOs of UBA can know better, and Ken Uzoka should not see his own case as a peculiar one, even though he must have expected it, but definitely not so soon as came on board. Kennedy is no doubt fledgling as the numero uno at UBA, but he should take the last Forex episode as a way of reminding him that he should always be on his toes to keep him abreast of any sudden sour development.

Interestingly, he has been a formidable member of the UBA banking family and hierarchy, which should be able to plug into his rich and vast experience in the banking sector to confront any such unwholesome development. This may take time for Kennedy to grasp fully, but he is definitely on course to chart a history of success for himself viz-a-viz superseding his predecessor. 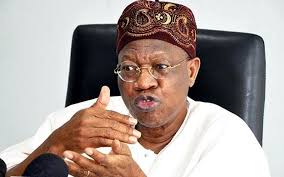