Nigerian frontline industrialist, technocrat, administrator and former presidential candidate of the All Nigeria People’s Party of Nigeria, Gamaliel Onosode, announced dead at the early hour of Tuesday, 29 September 2015 at the age of 82.

Onosode was educated at the Government College, Ughelli and the University of Ibadan.

In the 1970s; he emerged as one of Nigeria’s leading educated chief executives, when he was at the helm of NAL merchant bank of Nigeria.
Over the years, he has risen to become a leading boardroom player in Nigeria’s corporate environment and also a former presidential adviser to President Shagari and a former president of the Nigerian Institute of Management.

Gamaliel, an Urhobo man, born and raised in Sapele, a suburban city in the current Delta State by a disciplined father, he sometimes credited the strict family background and practice as being a complementary factor in his success as a disciplined civil servant and corporate administrator.
Onosode was Presidential Adviser on Budget Affairs and Director of Budget (1983). He is a Fellow of the Economic Development Institute of the World Bank, the Nigerian Institute of Management, of which he was President (1979–82).
He is also a Fellow of The Chartered Institute of Bankers of Nigeria, having been elected to membership of its Board of Fellows in 1998.

Primarily a business personality, he has seen his career wade through different sectors of the Nigerian economic environment. Though, he was a part of a profligate democratic experiment which was the Nigerian Second Republic, Gamaliel Onosode tried to bring a disciplined approach to public finance. Towards the end of 1983, when public confidence in the economic direction of the country was eroded and accountability was lacking in government subsidies to public enterprises, he was brought in to find solutions to the lackluster performance of public enterprises, as the head of a Nigerian Commission on public parastatals and to bring in a disciplined approach to government subsidies. The offshoot of his honest and disciplined approach earned him respect from subsequent administrations. A report which was later tagged the Onosode report, an outgrowth of his role as the chairman of the commission to review Nigerian parastatals was the first in the nation to tackle comprehensively, the industrialisation drive and capital spending which dominated the oil boom of the 1970s and the early 1980s.

In 1995, he became the Chairman of the Niger Delta Environmental Survey, a non-governmental organisation that conducted scientific studies on environmental and social impact assessment of oil exploration in the Niger delta. The survey was partly financed by Shell. The survey reports which apportioned responsibilities and blame for much of the environmental degradation in the region on oil operators, the federal government and communities has not been made public.

Deacon Onosode is an alumnus of the University of Ibadan, and has contributed immense time to see through philanthropic and governing matters concerning the university. He is the former Pro-Chancellor of the University and Chairman of its Governing Council.
He is also a devout Christian and started Good News Baptist Church in his Sitting Room on 1 Feb.1984. Good News Baptist Church is now a large church of over 2000 people and has become a force to reckon with in the Nigerian Baptist Convention in terms of missions and evangelism.

Gamaliel Onosode was the inaugural Chairman of the Global Missions Board of the Nigerian Baptist Convention. In addition, Onosode is Chairman of the Governing Council of the Nigerian Baptist Theological Seminary, Ogbomoso, Nigeria's oldest degree awarding theological institution, which in 2008 marked 110 years of its existence while the University of Ibadan was 60 years old. On 29 September 2015, he died at the age of 82. 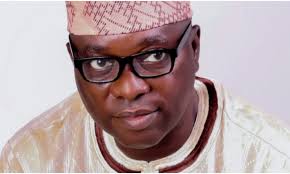