That this Senator, presently representing the Lagos West Senatorial District in the Upper House of the National Assembly in Abuja, has been nursing a big dream to occupy the Oke Mosan government house in Abeokuta, Ogun state, come 2019, is an open secret, will be stating the obvious; a big move, which the Yewa, Ogunstate-born Senator Solomon Olamilekan Adeola, popularly known as Yayi, has been oiling for months now with the wherewithal and arsenal at his disposal. This was not until a new development sprang up in the political equation of the Rock-city state, which is now giving the senator a serious headache nay migraine.

The grapevine has it that following Yayi’s yet to be declared Ogun guber ambition, certain hands are being read on the wall to scuttle his much-vaunted bid. This is not unconnected to the fact that a certain powerbroker in the state is subtly positioning another Yewa-born political top shot who has the ears of many stakeholders at the state’s local government levels; and where precisely Yayi’s migraine is emanating from; bearing in mind the role and influence the local governments have in the choice of any aspirant to a plum office as that of a governor. Nonetheless, Yayi is not miffed by this seeming insurmountable height that’s confronting him, because he’s a man that has faced such hurdles in the past and scaled them. How he will scale this one is now being left only in his imagination, as he is now even being touted in a collision mire with former president from the state who is very powerful, to say the least, when it comes to anointing candidates for political offices in the state.

FirstBank partners with WorldRemit for digital money transfers to Nigeria 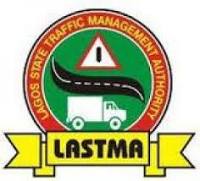