Though the political odds in the race to occupy the Alagbaka State house of Ondo State government should said to be favoring the former national legal adviser of PDP, Barr. Olusola Oke.

Observers has been following campaigns in one of the most intellectual states in the country, and Oke's popularity seems to be growing stronger by the day, given the massive cracks in the PDP and APC.

Meanwhile, the Alliance for Democracy (AD) candidate is getting substantial support from the Aregbesola and Tinubu's followership  in the state. This must be the reason Senator Borrofice Ajayi has refused to throw his weight behind Aketi and the people of Akoko are also massively behind Agunloye, reducing the weight of the support base of APC. In Ondo south where Oke came from, is solidly behind his candidature, making the Ondo central the battleground.

Sunday leisure gathered that the Ilaje's are rapidly uniting to stand behind Oke, due to the fact that they have never produce any governorship candidate and despite Oke's deputy is from Ifon, a minority but significant part of Ondo north. This helps Oke to also get strong followership from neighbouring Owo where Aketi's unpopularity with the people and his rivalry with the Ajasin's family.

The political heat in Ondo State shows a climate for only experienced and radical politicians. Oke is the heir of the Agagu's political family, and has built a mass followership from across the state while only Agunloye has such Pan-African development in his campaign.

Sunday leisure understands that if Olusola Oke continues with way he garners support, and the problem with the big parties at not fixed, all might be set to applaud the Ayemafuge patriot.The race to Alagbaka government house is still very open and only the best candidate will be crown. 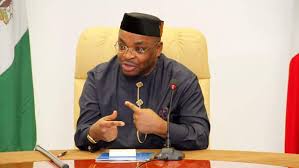 Uneasy Calm In Lagos State House Of Assembly? Says Who? By Lanre Ogunyemi