President Muhammadu Buhari on Wednesday implored his supporters to embrace magnanimity even in victory.

Buhari made the plea in a thread on his official Twitter handle following his victory in the presidential election held over the weekend.

Buhari said his supporters should see his victory as a “reward” for their efforts and they should desist from humiliating the opposition.

“I would like to make a special appeal to my supporters not to gloat or humiliate the opposition. Victory is enough reward for your efforts,” the tweet read.

With his victory, Buhari will remain Nigeria’s number one citizen for another four years.

The president, who competed on the platform of the All Progressives Congress (APC) polled a total of 15,191,847 million votes to beat Atiku Abubakar, presidential candidate of the Peoples Democratic Party (PDP), who secured 11,262,978 million votes. 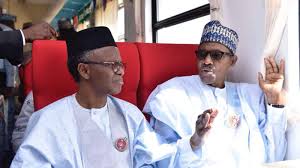 No Threat To Environment, Lives by Nigerian Breweries Plc -KEPA