President Muhammadu Buhari says he's ready to build on the gains of his administration for another four years, noting that nobody can remove him via the February 16 presidential election.

Speaking In a brief interview with CNN, Buhari also said the Boko Haram sect has been decimated.

When asked if he feared he could be defeated the way he defeated former president Goodluck Jonathan, Buhari said: “No. Nobody would unseat me. I am ready to take this country forward for the next four years.”

Speaking on the Boko Haram crisis in the northeast, Buhari said: “We have 774 local governments in this country. They used to hold 17. They are not technically holding any local government now.

“But they are indoctrinating young men and women, especially girls, wrap them up with explosives and let them explode them in soft targets like churches, mosques, marketplaces, motor parks and other places.”

“We are doing our best (to contain the terror) and we thank some foreign countries in Europe and the United States for training our armed forces and going to the battlefront to see how they have performed.”

The president also said he was medically fit to carry on for another for years.

He said those who said he does not have the stamina to run for a second term can find something else to say, now that he has gone around the country to seek votes.

Many of Buhari’s critics and some of his supporters had called on the president not to run for a second term, following his health challenges. 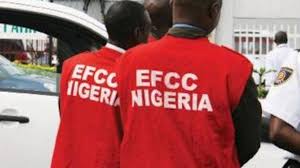 10 years After, Patricia Etteh gets her groove back in Politics