President Muhammadu Buhari has passed a vote of confidence on Abdullahi Ganduje, saying the governor of Kano state, will never divert funds meant for execution of projects into private pocket.

Buhari made the assertion during an interactive session with the Nigerian community in France earlier in the week.

Buhari said Ganduje was very responsible to have continued and completed the projects started by his predecessor, Rabiu Kwankwaso.

The president said someone else could have diverted funds meant for completing the project into running for president of the Federal Republic of Nigeria.

“I compliment the governor for doing so much,” Buhari said.

“He invited me, I went to Kano, the good projects started by Kwankwaso in education and healthcare, which is [where] a lot of emphasis should be made for ordinary Nigerians, the majority, poor Nigerians, Ganduje completed them.

“If it were another person, he could have left them to show them this is the project he started, he diverted the balance to go and contest for presidency, instead of completing it.

“But he completed the project per specification, and Kano ordinary people are enjoying the benefit. I think that is very responsible of him.”

Buhari endorsement of Ganduje is coming on the heels of bribery footage that went viral in which Ganduje was conspicuously seen receiving kickbacks amounting to millions of dollars from contractors.

Majority of Nigerians have taken umbrage at the governor's impropriety, hence calling for his resignation or impeachment.

The governor on his part has denied the content of the videos, saying his blood pressure was normal and describing the videos as work of his traducers who are bent tarnishing his reputation and damaging his political career.

Daily Nigerian, an online newspaper, has released a series of videos showing Ganduje receiving bales of dollars, which are alleged to be kickbacks from contractors in the state.

The state house of assembly began to probe the matter, asking the newspaper to show up to prove the authenticity of the videos.

Jaafar Jaafar,  publisher of Daily Nigerian newspaper, appeared before the state house of assembly, and made a case for the authenticity of the video.

“Before DAILY NIGERIAN publishes stories, pictures or videos on its website (www.dailynigerian.com), the editors subject them to rigors of verification to establish their authenticity or otherwise,” he said.

Meet Ebenezer Onyeagwu, The Man That Wears Banking Like a Garb! 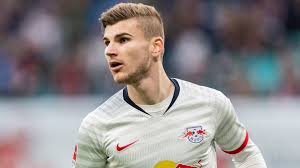 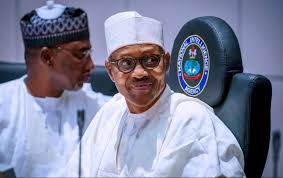