The Socio-Economic Rights and Accountability Project (SERAP) has urged President Muhammadu Buhari to order the investigation of Abdullahi Ganduje, governor of Kano state.

Ganduje, In videos that went viral on social media, was seen allegedly receiving kickbacks from contractors.

The Kano house of assembly is already probing him but SERAP asked the government to “take the recommended steps within 14 days of the receipt and/or publication of this letter, failing which SERAP will institute legal proceedings to compel your government to act in the public interest”.

“If there is relevant and sufficient admissible evidence, Mr Ganduje should face prosecution at the expiration of his tenure as governor,” the organisation said in an open letter dated November 2.

The organisation also urged the government “to instruct the Attorney General and/or appropriate anti-corruption agencies to ensure the protection and guarantee the safety and security of journalist Jafar Jafar, who reportedly published the video clips.”

In the letter signed by  Bamisope Adeyanju, SERAP’s senior legal adviser, the organisation said: “Given the history of corruption in Nigeria, especially unresolved allegations of grand corruption against many state governors, your government cannot and should not look the other way regarding the allegations against Mr Ganduje.

“Any allegations of bribery and abuse of power in any state of Nigeria is of concern to every Nigerian, and should therefore, be of concern to your government.

“Taking the recommended steps would help to enhance your government’s fight against corruption and contribute hugely to promoting the public interest, the interest of justice as well as prevent any abuse of the legal process. Any failure and/or refusal to act would undermine the goal of your government’s anti-corruption fight and tacitly serve to encourage persistent allegations of corruption among many state governors to continue with almost absolute impunity.” 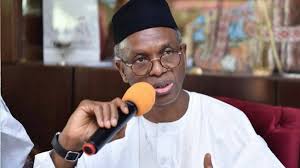 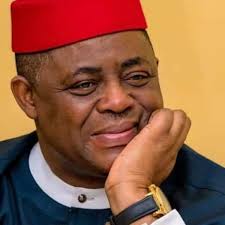