The honourable member representing Kosofe in the Lagos State House of Assembly, Bayo Oshinowo, is a man with an eye on the big laurel.

This ardent student of the school of power has never hidden his desire to rule Lagos State to emulate his mentor Asiwaju Bola Ahmed Tinubu.

Pepper or Pepperito as he is fondly called is regarded as the ultimate Mr. Fix it in lagos politics and boasts openly that he almost removed Babatunde Fashola for daring to humiliate the Jagaban of Borgu. He says he made the present Speaker, Mudashiru Obasa, who is his boy over the former Deputy Speaker Hakeem Taiwo whom he conspired to prevent from coming back to the house of assembly for the forth term. He also thwarted Wasiu Eshilokun’s ambition to become Speaker despite the fact that the central senatorial zone was supposed to produce the Speaker in 2015.

Stupendously rich, he is said to possess a tear-rubber Rolls Royce and is building a 5-star hotel in his Ijebu home.

Although a supposedly devout Muslim, Pepperito is also known to be a kingpin in the alternative medicine world and those who are in the know say this is attributable to his long standing ability to sway Asiwaju in any direction he desires.

With loads of cash, thuggery political influence (as a former body guard to MKO Abiola) plus stronghold on the Leader and local ‘jazz’ Oshinowo is the ultimate ‘pepper dem gang’ of the Lagos house of assembly; the intemperate Atawewe of the Lagos East politics. Oshinowo is presently said to be compiling lists of preferred members of House of Assembly and House of Reps all over the state to ensure that himself and the Leader retain their stranglehold on the politics of the state. He is said to have told his supporters that direct or indirect format, the primaries will be controlled to return favoured candidates.

Time will tell if this Ijebu Pepper can succeed with his ambition to muscle out Senator Gbenga Ashafa this year and then position himself as the gubernatorial candidate to rule the centre of excellence in 2023. One thing is however clear: Bayo Pepperito Oshinowo is firmly on his way to establishing himself as the Alpha and Omega of Lagos politics as soon as Asiwaju gradually relinquishes his hold on power on account of age and perhaps health.

His continuous admonition to friends and foes alike that the Jagaban Borgu is weak and will not last forever and that Ogbeni Rauf Aregbesola cannot return to Lagos to wield any considerable influence given his tumultuous reign in Osun State may yet ring true.

His supporters say when Pepper sneezes, people like Babatunde Sofola, an LCDA chairman he forcibly whipped back in line recently after expressing contrary opinion to Pepper’s rogguish style, catch cold. They say after 16 years as Lord of the Manor in the Lagos parliament, he’s now ready to bully and sting his way past Ashafa, Hon. Joko Pelumi, and Anifowose Denge who are in contention for the Lagos East Senatorial ticket and perhaps to show Pa. Bush Alebioshu who is in charge of Lagos East politics.

Hakeem Bashorun is a political stakeholder from Ikorodu 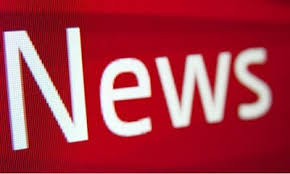 About Tomi Somefun and her Silent Achievement