Dangote Industries Limited recently presented 160 employees with long service awards in recognition of their commitment, loyalty, exceptional service and invaluable contribution to the growth of Africa’s most admired brand over a period of 10 to 30 years and above.

Posthumous awards were also given to ex-employees who lost their lives during their time of service at the organization.

At the Dangote Long Service Award, hosted by the Group Managing Director, Dangote Industries Limited Mr. Olakunle Alake, celebrated members of staff were each given a certificate of recognition, an award plaque, financial reward and ovation from other members of staff, family members and friends of the awardees.

Remarkably, 12 staff that had passed on while in active duty to DIL was eulogized and post-humous awards were given to their families for their dedicated service ranging from 10 to 39 years.

The Group Executive Director, Logistics and Distribution, Dangote Industries Limited, Alhaji Abdu Dantata, emerged the highest living awardee for his 36 years of service, while the Group Managing Director, Mr. Olakunle Alake, who gave the welcome remarks, was given an outstanding ovation for his 29 years of loyalty in service to the organization.

In his keynote address, the Group President/CE of Dangote Industries Limited, Aliko Dangote, commended all the awardees for their loyalty, commitment, and dedicated service over the years; all of which had contributed to elevate the company from a trading concern founded in 1981 to one of the largest manufacturing conglomerates in Africa today, with a household name in Nigeria and a global brand to boot. He noted that employees, especially the awardees, were a crucial part of the global success story which Dangote Industries has become today.

According to him, "I want to say a very big thank you to all of us here tonight. Indeed, loyalty is royalty and the successful growth of our company is a direct result of your excellent service. Your loyalty upholds our core principles and our continuous growth is based on a culture of resilience and loyalty. Today, we celebrate your individual and collective successes and our breakthrough was due to your investment of many years of loyal service. I encourage you to remain dedicated and committed. We deeply appreciate you and your efforts. Thank you very much", Dangote added.

Africa’s wealthiest and foremost philanthropist, who personally presented the awards to all the awardees that have served DIL for 25 years and more and to the families of all the post-humous awardees, was likewise presented with a surprise gift of a framed picture of himself with the names of all the 160 awardees embedded by the organizing committee led by the Group Managing Director, Mr. Olakunle Alake.

Their overall gratitude at the award, gift, and honor was aptly captured by staff in the security department, Mr. Samanja Umaru, who was rewarded for his 20 years of service to the company. Samanja, who effusively narrated how Dangote has transformed his life and family, pledged his undying loyalty to the organization which has given him so much.

According to Samanja, "Dangote is a blessed man and Dangote (DIL) is a good company. I began working with Dangote way back in 1981 at the warehouse where we were paid N10 daily. God bless Alhaji Dangote. He carries everybody along, whether Hausa, Yoruba, Ibo, anyone. Alhaji Dangote changed my life. He is a blessed man” 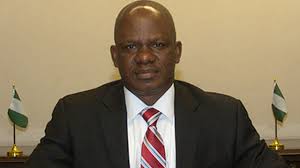 Banking in tears!..As customers cry out over indiscriminate bank charges and deductions