The management of Zenith Bank Plc has announced the redemption of its matured $500 million Eurobond due last Monday, April 22, 2019.

In a notice pasted on the website of the Nigerian Stock Exchange (NSE), the lender said the bondholders were settled from its available cash reserves. On April 22, 2014, Zenith Bank issued the $500 million Eurobonds under its $1 billion global medium term note program.

It was reported that the Eurobonds, with a 5-year tenor, were sold to investors at a coupon of 6.250 percent. The outstanding balance of $500 million of the $1 billion global medium term note was later issued in May 2017 and is expected to mature in May 2022.

In the notice to the NSE, Zenith Bank said “leveraging on its strong and highly liquid balance sheet as well as its outstanding treasury management capability, completely redeemed the note using the bank’s available cash reserves.”

Over the years, the bank has continued to maintain its deep understanding of the market to sustain its consistent operational metrics of strong liquidity, capital and asset quality ratios, reflecting the lender’s robust risk management practices strong corporate governance culture and a well-articulated corporate strategy. It was gathered that in the 2018 financial year, the gross earnings of Zenith Bank declined by 15.4 percent to N630.3 billion from N745.2 billion recorded in the 2017 fiscal year.

In addition, its profit before tax rose to N231.7 billion from N199.3 billion, while the profit after tax appreciated to N193.4 billion from N173.8 billion. Furthermore, its total assets slightly increased to N5.956 trillion in 2018 from N5.595 trillion in 2017, while the total liabilities increased to N5.140 trillion from N4.783 trillion.  At the conference call for its FY 2018 earnings, Zenith Bank stressed that it has no immediate plan to approach the debt market to borrow fresh funds to boost its operations and revenue after the expiration of the $500 million Eurobond, which matured on April 22, 2019.

What is Sola Osolana’s motive in Agege politics?

All Hands embrace Akinlade as beautiful bride in Ogun Politics 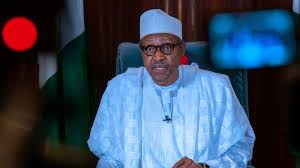