The adjournment means the case, which has now become protracted, has suffered yet another delay.

According to Reuters, the case was adjourned till March 26, 2019, when it would be heard again by the judge.

The court case has so far been protracted since September last year when the Office of the Attorney General first claimed that MTN Nigeria was owing the sum of $2 billion in back taxes. The company was asked to pay the money immediately.

Nairametrics had exclusively reported that Nigeria’s Attorney General, Mr Abubakar Malami, had made the demand after an investigation into corporate tax compliance in Nigeria revealed that MTN was owing $2 billion in back taxes.

According to the investigation, the unpaid taxes span over a ten-year period and are related to the importation of foreign equipment into the country as well as payments to the suppliers of the said equipment.

But the embattled telco has since denied the allegation, insisting that it is not owing any tax money. MTN said it carried out its own internal assessment of the situation, and in August 2018 submitted a report showing that it has duly complied with its tax obligations. But the Office of the Attorney General never accepted the report.

Consequently, MTN Nigeria filed a suit asking the court to restrain the government from “disturbing or otherwise interfering with the business of the company.”

On December 4th 2018, the case was adjourned till today, February 7th, by the presiding judge, Justice Saliu Saidu, who cited his administrative leave as an excuse. It is not exactly clear what the necessitated this latest adjournment. 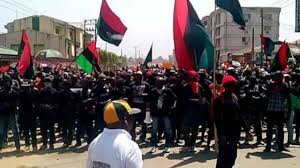