In a development that might see one of Nigeria’s leading soft drinks manufacturers, Seven-Up Bottling Company Limited, in a deep shit of bad corporate image, the company is still insisting on non-culpability in the whole matter that is now trending everywhere, albeit social media.

According to incontrovertible facts at our disposal, two presumed loyal customers have petitioned the company, for having verifiable purchased some of the company’s products and found strange unpalatable objects inside some of the products. The petitioners, Mr. Folorunso Olusegun and Mr. Abiodun Kenny Miracle, are now demanding compensation, to the tune of N150million jointly, for the trauma they went through, as a result of the strange discovery of such objects in their products. They made this claim through their lawyer, Barrister Wale Ogunade. They claim that, at least, the amount being asked for would help to tone down its impact on them, saying that they were terrified about what could have happened to them if they had mistakenly consumed such insalubrious products presented to them as good products.

According to Folorunso Olusegun, one of the aggrieved customers ‘they bought crates of Mirinda mixed with other products intended for a party, and while they were sharing the drinks, a bottle of Mirinda was discovered to have a strange object inside, and immediately he alerted his sister and other people, who promptly advised him to sue the company for possible poisoning and negligence.’

In Abiodun Kenny Miracle’s claim, he said he also purchased some crates of Seven-Up drinks for a party too, and found a bottle of Seven-Up with similar objects. At this point, they jointly and severally decided to write the company for compensation on the advice of a lawyer friend, who told them that they have a good case. Sequel to this development, they sought the services of one Ronald Taiwo, who organized a meeting between the customers and Seven-Up company at Wale Ogunade Chambers in Ikeja, Lagos. According to Mr. Folorunso, in the said meeting, the products were presented to the Assistant Legal Services/Property Manager, Seven-Up Bottling Co Limited, Ijora, Lagos State, Barr. Obinna Chima, who examined the bottles and indeed confirmed that the products were their products. He, (Folorunsho) noted that Mr. Chima, who acknowledged the fact that the bottles’ corks were intact, was however not ready to commit the company to do the needful to assuage the anger, displeasure and trauma they have been through since the discovery.

Mr. Chima, he noted, insisted on not compensating them, rather he was talking about re-assuring them with some packs of the products, which they (the petitioners) outright declined. After this insistence, another meeting was brokered by Mr. Chima, which held at the Seven-Up plant at Oregun, Ikeja, in which the petitioners, Ronald Taiwo and Barr. Ogunade were in attendance. At the meeting, he said, Mr. Chima asked them what they wanted and they demanded N5 million each, as compensation for the stress they went through. Once again, according to him, Mr. Chima reiterated that the company, as a policy, does not delve into financial settlements with customers, instead goes for product re-assurance.

Thus, in a supporting letter to the company, dated February 22, 2018, which the company received and acknowledged on February 26, 2018, Barrister Wale Ogunade of Wale Ogunade Chambers, on behalf of the complainants, demanded the sum of N25 million to each petitioner from Seven-Up for presenting dangerous and defective products, not fit for human consumption and N50 million to each for the stress and trauma they went through. This was necessitated by the inability of both parties to reach a compromise and settle the matter out of public domain.

In a corresponding letter to Seven Up by the Principal Partner of Wale Ogunade Chambers, Wale Ogunade, for the law firm, the chambers demanded a cheque of N150 million for presenting dangerous and defective products not fit for human consumption to its clients.

The letter reads in part: “…Take further notice that if we do not receive a cheque in sum of N150million in favour of our chambers, within 14 days of receipt of this letter, we shall take further legal steps in protecting our clients’ interest, including reporting the matter to the appropriate authorities and taking it to public domain, without any further recourse to you.”

Having gone through all the correspondences between both parties, this medium contacted Barr. Ogunade, who readily confirmed that a meeting was held in his office, with Seven-Up’s legal officer, Barr. Chima, who Ogunade said he was impressed with his conduct on the matter. According to Ogunade, his junior colleague, Chima found it needless making the case public, saying that it will affect a number of people’s jobs and even the company, and so opted for reassurance of the customers with their products.

“But I found that position inappropriate as they consider loss of jobs more important than lives of Nigerians, who may have died as a result of consuming unwholesome products like these; while re-assuring with products which might even be worst than what were presented before?”  Ogunade stated.

He continued: “That to me means that they are ready to sacrifice the lives of Nigerians for seven packs of their products. I was impressed with his diplomacy but this has been happening and we need to stop it. They have the responsibility of serving Nigerians with good and not unwholesome products, and this is not the first time. Chima saw the products and they were still well-corked, so it was from the factory and wasn’t as if anybody was trying to undermine them.”

More so, in line with Seven-Up product reassurance gait, the petitioners were called upon for another meeting to be held in Seven-Up, but Ogunade advised them not to go, as that might be tantamount to waste of time and destruction of evidence.

“They might collect the bottles from them and destroy them and so, we will not have any evidence to prosecute the matter in court. I advised them not to go. This is the situation and we are now ready for court action, but the clients are still weighing other options available to them,” he added.

However, all efforts to reach Ronald Taiwo to comment on this matter proved abortive, as several calls put across to his line didn’t go through. That was the position of the matter as at the time of filing in this story.

Below are copies of correspondences from the chambers to the company in this regard as availed to this medium in confidence by Barr. Wale Ogunade: just as intense effort to reach the Seven-up Bottling Company for their reaction on this matter were futile as at the time of filing in this story. Most importantly, the company's PR agency Metromedia Communications did not also respond nor reply an email sent to them on this development about their client, a copy of which was also sent via email to the 7up's Senior Manager on Media Relations, Segun Ogunleye. 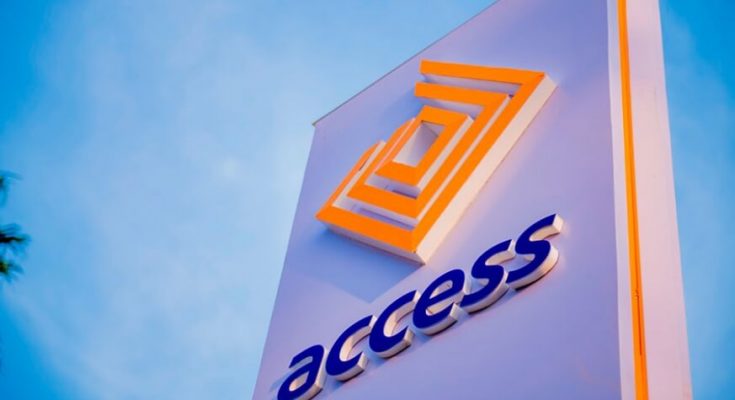 Umahi lifts ban on conduct of LG Election in Ebonyi