FIFA  narrowed the official shortlist of presidential candidates to five after ruling out Liberia's Musa Bility following integrity checks. An integrity check that included a review of corporate records, litigation cases, bankruptcy proceedings, potential regulatory actions taken against the candidate and a review of media reports concerning potential red flags
Suspended UEFA president Michel Platini has also been left off the shortlist, but will be allowed to run if his suspension is uplifted prior to the 26 February election date. 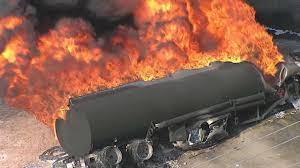 Kano: One killed as petrol tanker goes up in flames

Melaye’s Recall! A Comedy of Errors

MY EXCITING LIFE AS A JOURNALIST – SUSAN EYO-HONESTY