Governor Ayodele Fayose of Ekiti State has reacted to the alleged denial of the involvement of a second generation bank in the funding of his election in 2014, saying the bank should come out with an official statement on the matter.

The governor was reacting to a news report in the media claiming that the bank had dissociated itself from the funding of his election.
Speaking through his Chief Press Secretary, Mr Idowu Adelusi, in Ado Ekiti yesterday, the governor said, “I stand by my claim that the bank majorly funded my election in June 2014.
Fayose Fayose “ I don’t expect an organisation like the accused bank to stay in a corner in matter of national concern like this and be talking.”
Rather, I expect it to issue an official statement not as feeble as this one being peddled in the media so that I can begin the second stage of my revelations.
"My statement was made in the open and if I can accuse an institution like that in the open, I expect the institution to give official reply.”
All what have been claimed to have been said by the bank in the media can be situated in the realm of rumour. "And I want to refer the All Progressives Congress, APC, the bank and the EFCC to John chapter 8 verses 6-7, which says; “This they said, tempting him, that they might have to accuse him. But Jesus stooped down and with his finger wrote on the ground, as though he heard them not. “When they continued asking him, he lifted up himself and said unto them, he that is without sin among you, let him cast the first stone. “Let those orchestrating this know that failure awaits them.” 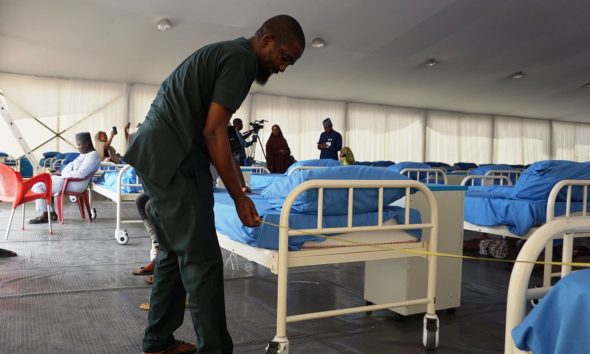