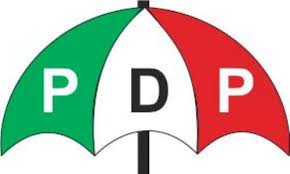 A governorship aspirant in next year’s election in Anambra State, Mr Valentine Ozigbo has called on the Peoples Democratic Party, PDP, to ensure that its primary election is credible.

Ozigbo, who spoke to journalists during a visit to the state party secretariat in Awka, after meeting with the state working committee and women leaders of the party, said the unity of the party is important, and only a fair primary election can guarantee it.

The frontline contender for the Governorship position in the November 2021 governorship election said he hopes to emerge as a consensus candidate, but will not hesitate to support anyone who emerges from a credible primary election.

“I am more interested in a united and strong PDP that will take over the government house in Anambra.

“I am seeking for a consensus candidate of the party and when that is achieved, what we used to experience in the Party in the past will no longer be the case.

“I hope to emerge as that consensus candidate, and God willing, I will be your governor. However, I am a party man, if the outcome of the primary does not favour me, provided it is fair and transparent, which I know is going to be, I will continue to support PDP, not only for the governorship election but for all elections and activities of the party,” he said.