A civil rights group, Joint Forces for the Defence of Democracy in Edo State (JOFDES) has berated the state governor, Mr. Godwin Obaseki for violating the COVID-19 safety protocols during his recent defection to the Peoples Democratic Party, PDP.

Hundreds of party faithful from both parties had gathered at the PDP Secretariat to receive Obaseki into his new political party in the state.

The group, through its leadership, Felix Osemwengie, expressed their displeasure in Benin.

‘We want to draw the attention of the World Health Organization,(WHO), Presidential Task Force on COVID-19, National Centre for Disease Control (NCDC), Inspector General of Police, (IGP) and all well-meaning Nigerians and Edolites to the willful, deliberate and flagrant violation of all guidelines and gazette on the prevention of COVID-19, especially on political gatherings in Edo State by the executive governor of the state and his supporters’

‘This suspected attempt to spread the virus among the good people of Edo State was carefully planned and executed on Friday at the Peoples Democratic Party, PDP Secretariat during the defection of the governor to the party’

Osemwengie said: we are not against the defection of the governor to the party of his choice as it is his fundamental right but it is disappointing that such activity was carried out by the people in government who have always claimed to have put the interest of the Edo people as their priority.

”The governor has earlier said he approved the Samuel Ogbemudia Stadium for such events to maintain social distancing but wondered why he didn’t use the stadium rather than allowing the event to have taken place at the party’s secretariat where there were more than the required number of people”.

Given what happened during the defection of the governor, the leader of the group tasked those at the helm of affairs in the fight against COVID-19 pandemic to quarantine all those who attended the event to halt community spreading of the virus.

‘Consequent upon the above, we are calling on the Inspector General of Police, the Presidential Task Force on COVID-19, the Minister of Health, the National Centre for Disease Control (NCDC) to immediately quarantine and prosecute all those who were in that gathering as was done in the case of Funke Akindele and Naira Marley he said.

FirstBank’s FinTech Summit: How Blockchain and Artificial Intelligence will Disrupt FinTech in Nigeria 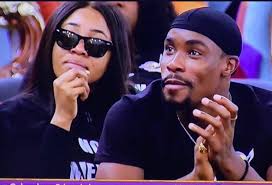