In another battle for the soul of All Progressives Congress (APC) in Ekiti State, the Special Adviser to the President on Political Matters, Senator Babafemi Ojudu has accused the state governor, Dr. Kayode Fayemi of violating the APC constitution by appointing his allies to multiple positions.

In swift reaction, Fayemi disputed Ojudu’s allegation, noting that he “is very alive to its responsibilities to Ekiti people and prioritising the future of Ekiti youth,” the reason for which he said he was re-elected in 2018.

Ojudu made the allegation at a session with journalists in Ado Ekiti at the weekend, citing how the executive members of Ekiti APC at the state, local government and ward levels were appointed in a private residence in Iyin Ekiti without a recourse to the constitution of the ruling party.

He justified the court action instituted against the process that produced the APC executive members at the state, local government and ward level in the state, saying the litigants had exhausted all the avenues to resolve the matter.

Since this illegality was committed, Ojudu claimed that the litigants “have been calling on them to retrace their steps, be inclusive and let their action be guided by law. But they said we should go to hell. We complained loudly and got lawyers to write to the APC National Headquarters.

“We exhausted all avenues to resolve the matter. But we were ignored. There was no congress. What happened was arranged. It took us this long to go to court because our constitution prescribed some steps that should be taken before a matter affecting the party could be taken to court.

“We took our time to go through all the steps and this took a lot of time. Taking this action is also not about the governorship election. It is a wake up call to Fayemi, the party and our leaders both at the local and national levels that things are not going well here.

“If he comes up in 2022 and brings a candidate, will it be the only one who will campaign for him then? If what is happening now continues, will you call me to come and campaign for a candidate brought up by him in 2022?”

He also alleged that Fayemi violated the APC constitution by appointing his political associations to serve in multiple offices simultaneously at state and federal levels while some party patriots in the office could not get anything.

He said there “are people who are commissioners who are holding board appointments at the national level. There are members of the House of Representatives lawmakers, who were appointed to boards at the federal level.

“How can you give one person three appointments when we have our educated party members roaming the streets without one single appointment? One individual will be a commissioner here, he will be on the board of two other agencies or departments in Abuja,” Ojudu explained.

He said: “Somebody will be elected to the House of Representatives. He will also be on a board of a major parastatal in Abuja. You have the state party chairman who is also special adviser to the governor, a state executive position. This is illegal, our constitution does not allow it.

“What stops him from putting someone as chairman and putting another as special adviser? Imagine, a commissioner collecting money from two sets of appointments. All these things are happening here and nobody is challenging it. Some of us cannot be in the party and allow this to continue.

“This is a democracy and not a dictatorship. When we brought him to power here we thought he was going to be a partner and not an overlord. We have learnt a very bitter lesson from the events of the past years.”

Ojudu urged the party leaders to correct some anomalies in Ekiti APC to prevent the party from losing the 2022 governorship election.

“We do not want to go to the election in 2022 and be damaged and be crippled and then carry the guilt of a government that has not performed here,” he said.

In a statement by his Senior Special Assistant on Party Matters, Mr. Sam Oluwalana, Fayemi described the allegations of dictatorship and abuse of powers raised against him “as mere selfish and fault-finding claims.”

He said Fayemi “has been carrying all the party members along and never breached the statute regarding appointments or favouring anyone at the expense of others.

“Our attention has been drawn to a distasteful allegation where Ojudu insinuated that the Fayemi Administration had not recorded any achievements especially in the area of industrialisation and youth empowerment.”

The statement said it was curious that such would be a priority for a presidential aide in the midst of this global pandemic that Nigeria is trying to control.

The statement noted that Ojudu’s claims came at the wrong time when the state recently reported a positive case of Coronavirus infection.

Unlike Ojudu, the statement noted that protecting the lives of Ekiti people “is more important to the governor at this crucial time than to join issues with Ojudu on his political journey to perdition.

“Fayemi is focused on managing the pandemic which is threatening the peace and tranquillity of Ekiti State and may put the lives of the same electorate that Ojudu is worried will not vote for APC, at risk.”

The statement, however, maintained that the Fayemi administration “is very alive to its responsibilities to Ekiti people and prioritizing the future of Ekiti youth.

“Only the living vote; so we advise the insensitive senator to get his priorities right and join the state government efforts to defeat this pandemic, instead of being his true selfish self, caring only about electoral victories in the midst of a public health pandemic,” the statement said.

It was a long election night. Here's what we know so far — and what we don't 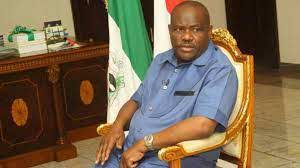