The Edo State Government has warned that it will spare no resources within the ambit of the law to bring to justice any individual or group importing political thugs through riverine communities and other state borders to unleash mayhem on the people.

In a statement on Thursday, the Special Adviser to the Governor on Media and Communication Strategy, Mr. Crusoe Osagie, said reports of such movements of hoodlums had been received and the government would ensure that those culpable of such acts were identified, arrested and prosecuted.

According to him, “The Edo State Government has received intelligence reports that some unscrupulous politicians are mobilising hoodlums from neighbouring states to come into Edo through the riverine communities and other land borders, to cause mayhem.
“We want to put the public on alert and warn them to be wary of strange faces and movements in their neigbhourhoods. Once such suspicious persons are identified, members of the public are advised to alert security agencies and the government so that appropriate action will be taken.”

Osagie warned that the state government would exert the full weight of the law in ensuring that individuals and groups who violate extant laws aimed at protecting and safeguarding the people were brought to book.

“In this light, we warn those stockpiling arms and plotting to cause mayhem to be assured that the government will spare nothing in ensuring that they are identified, arrested and brought to justice, no matter who they are.”

Meanwhile, the Edo State Government has said it will sanction any individual or group of persons, who violates the regulations contained in the gazette on political gatherings aimed at curtailing the spread of COVID-19 in the state.

In a statement, Special Adviser to the Governor on Media and Communication Strategy, Mr. Crusoe Osagie, said the state government would continue to prioritise the health and safety of Edo people in the face of rising cases of COVID-19 in the state.

According to him, “Governor Godwin Obaseki is charged with the duty of protecting the lives and property of Edo people. He will not abdicate this role because of political expediency.

“This is why he signed the gazette to ensure proper management of political gatherings, a move that was informed by the insights from an epidemiological study conducted by researchers at the University of Benin Teaching Hospital (UBTH). 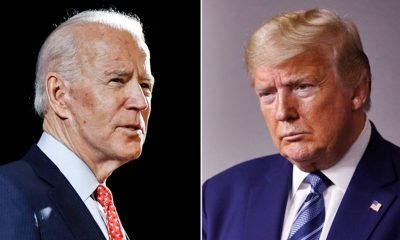