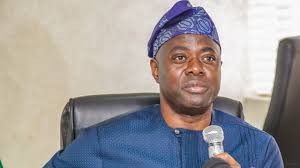 Governor Seyi Makinde of Oyo State has declared that the Oyo State Security Network also known as Operation Amotekun will not be under the control of the federal government.

Makinde who noted that the security outfit will be under the control of the state government maintained that security of lives and property of the people in the state was important to him.

The governor made these declarations while addressing chairpersons of the 68 Local Government and Local Council Development Areas in the state, at a meeting held inside the House of Chiefs Secretariat, Ibadan on Wednesday.

Makinde, while insisting that Amotekun has come to stay in the state, added that it is impossible to achieve any meaningful development in an atmosphere of insecurity.

He said, “We want our people to sleep with their two eyes closed. Of course, security is one of the pillars of this administration, and we must do everything possible to invest in the security of lives and property. In Okeho the other day, armed robbers went to rob and the community rose against them and apprehended them. They combed the forests and they got them.

“This is why I will continue to say it and I am saying it for the whole world to hear; Amotekun is here to stay with us. And it will not be under the control of the federal establishment. It will be under our control. Security of our people is extremely important, because nothing can take place, as far as we are concerned, in an atmosphere of insecurity”.

Makinde while speaking further gave marching orders to the caretaker committee chairmen to set up Security Committees with a view to tackling the security challenges in their localities.