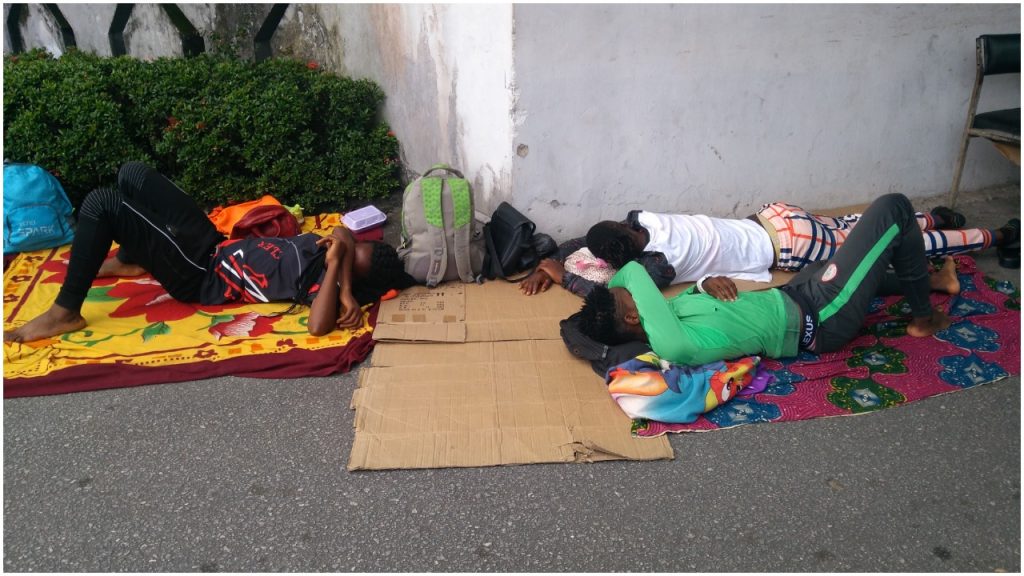 Female footballers in Cross River State, the Pelican Stars have protested the non-payment of their 14 month salaries.

The players who laid wrappers at the gate of the Governor’s office vowed not to leave the gate until they are paid,

Captain of the team, Miss Hodo Williams who spoke to the DAILY POST on Wednesday on behalf of the team, said they would all remain at the entrance of the governor’s office and would not move unless they were paid.

“We are owed 14 months salaries, this month inclusive and we will sleep at the entrance of the governor’s office unless we are addressed by Gov. Ben Ayade or his Deputy.

“We spoke to our chairman yesterday and it was still the same old story of we want to meet the governor to grant his final approval for you to be paid but we are tired of waiting from last year,” she said.

Also speaking, the Chairman of the Calabar based female football club, Mr Kombor Sam, said every recommendation as directed by the governor had been fulfilled and the papers sent to his office, what was left was his endorsement.

“I am also helpless because we have done all we were told to do, all we are waiting for now is the authorisation of payment and that only comes from the governor,” he said.

Reacting to the incident, the Commissioner for Sports Mr Offu Aya said the ministry had done all it was supposed to do and was awaiting the governor’s approval.

“We started the process of getting their money before the People’s Democratic Party (PDP) state Congress issues started which has taken the governor’s attention.

“All I know is that this congress will be concluded by Saturday, August 15, so, when it is concluded, they have no option than to pay the girls, the cash is there, I can attest to that, he said.

The players of the Pelican Stars Football Club had earlier protested in June over the same issue of unpaid salaries from May 2019, till date.